The acclaimed wordsmith Margaret Atwood, author of the forever-relevant feminist dystopian novel The Handmaid’s Tale, is coming to the Mariano Moreno National Library in Buenos Aires on Monday, December 11 to wax poetic about the belles-lettres along the Argentine-Canadian writer Alberto Manguel.

The Jorge Luis Borges auditorium at the brutalist superstructure will be the scenario for the enthusiastically-anticipated dialogue scheduled to commence at 7 PM.

The free event doesn’t require a reservation, but considering the auditorium only has 214 seats — and more than 1,400 people have already confirmed attendance on the Facebook event page — it’s best you get there well before the doors open at 6 PM.

If you feel like you won’t get in, don’t worry, there’s some good news. Those who cannot get to see the Atwood in person will still have the chance to see her on their computers or personal devices as the event will be live streamed at the Augusto Raúl Cortazar hall, a larger room in the library and on the internet at large on the National Library’s website.

Here she is talking to Broadly about abortion, Twitter and predicting everything we’re doing wrong.

The excitement the lauded author’s visit caused in Buenos Aires is in step with a global phenomenon: the dystopia genre is in vogue again in a context where colloquies about globalization and totalitarianism have reignited.

Earlier in the year, the New York Times published an article titled George Orwell’s ‘1984’ is Suddenly a Best-Seller after purchases of the novel grew by 9,500 percent. By the end of April, Ms. Atwood’s magnum opus situated in a totalitarian regime in the US had also been reborn, after the release of a TV-series based on the novel astonished the fiction scene, confirming the timeless character of the writer’s works.

A film frame from The Handmaid’s Tale TV-series based on Atwood’s novel. (Photo via George Kraychyk/Hulu)

In the words of Ms. Atwood, who gave an interview to the National Library journalist Leopoldo Brizuela last month, The Handmaid’s Tale is a story about “all of us, women and men, trying to neutralize the power of our most obscure areas.”

The novel’s starring character Offred converges in a Christian theonomy in New England, where some women in bondage try to raise up against a misogynistic system. Even when many consider “no artist desires to prove anything” —thank you, Oscar Wilde— Ms. Atwood visit comes at a great moment to demonstrate that fiction will always be a media to explore our most complex realities.

“If people label me as a feminist to show that women have always been interesting and intelligent and that I am outraged by the injustice with which they are treated in the most diverse societies, well, I agree,” Ms. Atwood told Leopoldo Brizuela.

On Wednesday, December 6, Time Magazine named the silence breakers who participated in the #metoo movement as Person of the Year. Atwood’s Offred, who did not hesitate to speak her voice against a man-led world, would surely have also been recognized as part of the group if being alive in 2017. 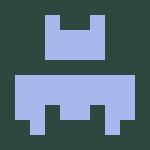