Diego Rivera’s Baile en Tehuantepec or Dance in Tehuantepec was recently purchased for a whopping USD $15.7 million and will be featured at the MALBA starting in March of next year. The acquisition marks a record price for a Latin American painting.

The painting was bought by Eduardo Costantini, the founder and president of the MALBA who had been waiting to buy the canvas for 20 years. The painting was first exhibited at the MOMA in New York City in 1930 and is one of the most important Rivera works by the artist. It is also pretty impressive in scale measuring  2.07 by 1.63 meters.

The canvas will join Frida Kahlo’s Self-portrait with Monkey and Parrot and Diego Rivera’s Portrait of Ramon Gomez de la Serna which is currently part of the MALBA’s permanent collection.

If you don’t have a spare USD $15.7 million lying around you can visit the National Museum of Bellas Artes which is currently exhibiting a collection of Mexican muralists including Diego Rivera’s work. 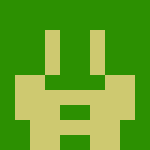 La Fuerza snagged a coveted spot in the magazine’s list of the top 100 places to visit across the globe in 2019.

The 6 Best Places for American Style Breakfast in Buenos Aires

From fried chicken and waffles to bacon, egg, and cheese, here are 6 restaurants to satisfy your cravings in Buenos Aires.

WhatsApp Tops Google As Most Influential Brand in Argentina