We all know and love Mafalda for her hilarious outbursts, endearing innocence, and slight propensity towards insubordination, but where does her story start? We had the same question. So here’s the scoop:

Mafalda was written by Joaquín Salvador Lavado, popularly known as Quino. The idea behind her world came about when fellow artist, Miguel Brascó, passed along an advertising opportunity to Lavado: The Siam Di Tella manufacturing company was coming out with a line of appliances called “Mansfield,” and were commissioning a comic strip to serve as covert advertising for their new products. Their intention was to have the audience become invested in the characters in the strip, and these characters would of course be seen using Mansfield appliances in each story… very sneaky. Quino picked up the project and offered it to the newspaper Clarín, who immediately rejected it upon noticing the product placement. Eventually it was picked up by the magazine Primera Plana under the condition that the advertising be removed, and Mafalda’s first story was published on September 29th, 1964.

Mafalda was only published for 9 short years, and moved between a few papers in that time. Quino left Primera Plana for El Mundo in 1965, and was then forced to move to the weekly magazine, Siete Días Ilustrados, when El Mundo closed in 1967. He officially stopped publishing new Mafalda stories on June 25th, 1973, and would only occasionally revive her for human rights causes (like the famous UNICEF “Convention of the Rights of the Human Child”).

The comic itself follows a middle-class six-year-old’s trials and tribulations. Her storylines have subtle social, political, and human-rights themes, and literary giant Umberto Eco called them (along with the Peanuts strip) “representative of the unheard voices of children.” Mafalda was actually named after the baby in the 1962 Suárez film Dar La Cara, and her first stories only involved Mafalda and her parents. Felipe was introduced next, and the rest is history.

Here’s the who’s who of Quino’s hilarious world:

Gossip-queen with a sharp tongue. Not a fan of sharing. Especially food (can you blame her?)

Philosophical rebel without a cause.

Short in stature and prone to overreaction. Politically inclined.

Now that you’re up to speed on how the funny started, go re-read some Mafalda and avoid soup at all costs. 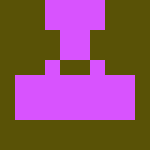