What Macri's Election Means For The LGBTQ Community

25,297,650 of us voted on November 22nd for 25,297,650 different reasons. It’s impossible to know what motivated each voter to cast their vote the way they did. It’s impossible to know if it was hope that motivated us, if it was something we simply did, a reactionary vote made out of anger or if it was informed by thought and research. There aren’t any focus groups or marketing reports floating around out there gaging the hearts and souls of the country’s voters. You cast your vote with history in mind, with hope, with ignorance, with understanding or whatever it is you have at hand in front of you. From the time of Pythagoras to today, the numbers are the only real certainty we have to work with.

According to more conservative number crunching, 10 percent of the world’s population belongs to (or identifies with) the LGBTQXYZ community. That is to say there is a sizable portion of the world that is categorically not a fan of defining things with the boy/girl binary. On that logic though, there were about 2,529,765 of us from the alphabet soup community that voted. But what exactly did we vote for? If we were all sworn activists of the Argentine Gay and Lesbian Federation, we would have all voted for Victory Front’s Daniel Scioli. It should be noted that in a move that many see as incomprehensible and blatantly partisan, the Federation, which was fundamental in helping Argentina gain full marriage equality in the eyes of the law, decided to throw its weight behind one of the two candidates. They voted for the Kirchner administration’s pick – now known as the one that lost. It was a mistake that would cost the Federation dearly. More specifically though, it was a mistake made out of ignorance of its own history. On that cold night on July 14th, 2010, when Congress was voting for the Marriage Equality Law, we were there. It was voted through almost unanimously with the exception of a few stray conservative outliers, but in the end most voted ‘yes’ or ‘no’ in a way. That’s not really the point though because it wasn’t a law that was born in Congress, it was the product of a fight that started in Argentina in the 1960s.

The picture we are left with from that night is one of progress. We have never been, and may never again be, as united as we were then. Maybe it’s better that way. We came together from all sides of the political spectrum to defend an undeniable right. It’s with this in mind that we can see what a grave error it was on the part of the Federation to draw such a strong party line when voting on marriage equality, a move that ultimately caused division among the individual organizations within the Federation. It was an error that warrants serious self reflection on the part of the Federation if it wants to continue possessing some kind of representative function for the LGBT community in Argentina. In the end, what we have is a country whose society decided, after some five years of debate, that sexual orientation is just another human trait. A trait that is neither shameful nor punishable by law or society.

The message we heard from the administration that occupied the Casa Rosada while former president Cristina Kirchner signed off on the law was clear: “I’ve come to enact a law that doesn’t belong to us [the government], but rather to the people who built it.” Clear, simple and transmitted with force. We made our country a better and more equitable place through that law. It opened the door to so that positive policy responses, like the Gender Identity Law could address the needs and realities of LGBTQ citizens. It goes without saying that Argentina is not a paradise for people who consider themselves part of these groups. No country is. Argentina is, however, part of a group of countries that can take pride in the fact that its government treats and recognizes people who fall outside of the mainstream in ways that are both humane and just. This is no small feat in a world that appears to be inching back toward something entirely more medieval by the day.

It was with that same backdrop of progress though, that certain groups wanted to instill fear into the population on what would happen if Macri became President in the runup to the election. Short answer? Nothing would happen. Nothing is going to happen. Macri, who in 1997 made some legitimately unfortunate comments about homosexuality, has followed suit with the overwhelming majority of society and evolved on the issue. That’s why he went face to face with the “incredibly progressive” Pope Francis when he, Macri, decided to not legally impede marriage equality in Buenos Aires when he had the chance. It’s no coincidence that Francis, with his seemingly insatiable interest in Argentine politics and flair for breaking with protocol and being “accessible” did not reach out to Mauricio Macri to congratulate him on winning the elections, on the reported basis that protocol insists that the Pope is not allowed to do so while Macri was merely a President-elect.

There is no need to fear the new Argentina that is being ushered in by Macri in respect to the rights earned by the gay community here. In this country, anyone infected with HIV has been guaranteed free access to lifesaving medication paid for by the State. It has been that way since the ’90s. There is no way this is going to change. In this country, gay and lesbian people can marry, have children and are protected by the State. This is a country that is actively working on improving the livelihoods of trans people, a group that is unquestionably one of the most vulnerable.

Laws and attitudes like these are what helped us usher in the 21st century as a country.

So let’s stop scaring people with boogeymen that don’t exist and let’s fuck already. That’s the real reason we are all here. 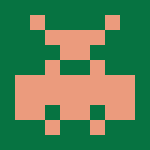