President Mauricio Macri’s car was egged in two different opportunities yesterday during his visit to the city of Santa Rosa, in the Province of La Pampa. Both times, the attackers were small groups of people waving flags of indigenous communities.

This morning, Federal Judge Facundo Cubas ordered the detention of a college professor named Aníbal Prina, suspected of being behind the attack. He was targeted by the judge after basically shooting himself on the foot: he boasted online about being one of the people responsible for the egging.

According to Clarín, Prina was a pre-candidate for national deputy in this past elections, but his ticket didn’t get enough votes to make it through August’s primary elections. There are five other people who partook in the egging that have yet to be identified.

Although Macri was escorted by police officers and his own security detail, these small groups managed to range against Macri’s car, a grey Audi, without any opposition.

Forces in charge of the President’s security told Infobae that the most complicated places tend to be those where the convoy vehicles have to reduce their speed, like roundabouts –where the first attack was held. Even though the President’s detail changed the route after the first event, another one took place a few moments later.

Despite the incident, Macri continued with his programmed schedule and visited a bakery shop that had contacted him via Facebook after learning about his visit. He then headed to a sports club, where he the main event that brought him to the province was set to be held.

When delivering his speech, a person within the crowd interrupted him by shouting “what about the Mapuches [members of the indigenous community?]?” “The Mapuches, as well as all other members of indigenous communities deserve a chance, a chance to work,” Macri replied. The crowd proceeded to support his statement by chanting one of his party’s slogans: “yes, we can.”

La Pampa’s judiciary has kicked off an investigation on these events. Cambiemos national deputy for La Pampa, Martín Maquieyra, warned that the level of social violence is escalating quickly in the city of Santa Rosa, and added that only last week he was insulted by activists supporting the Peronist party (PJ). 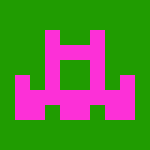