On the surface, Buenos Aires can look like rich, arable land for a young stag, laid single in his prime, prowling the streets for a little piece of fertile ground to chuck his seed. Let’s face it, there’s a veritable smorgasbord of women who take more than your breath away, and often your dignity as well. In a city full of fiery porteñas, exotic Brazilians, the sultry Colombians, and the sensuous Italians, it should be the simplest thing in the world to acquaint yourself for an evening of fun, or maybe something a little more.

But in Buenos Aires, there’s a lot of competition. For every mildly attractive woman, there’s an effortlessly suave Latin American heartthrob ready to whisk her off her feet, a French poet about to woo her to her knees, or even a chiseled yankee to carry her home from the gym.

“Bonjour, would you mind if I fuck your girlfriend?”
Photo credit: newlifeinfrance.co.uk

So what once seemed like a buffet fit for a king can actually develop into a seasonal famine, coupled with the persistent stench of self-pity. But, mediocre men of Buenos Aires, don’t fret, there’s a new (well, sort of new) app to bypass the tricky act of seduction. That’s right, the smartphone generation have finally sucked any remaining romance out of the dating experience, with the suggestive “dating” app, Tinder. In a city overflowing with libido such as Buenos Aires, it has found itself a more than gracious host.

Before jumping the gun, there are some rules, and some very shady forms of etiquette, enabling you to make the most out of the device. So to help you on your way, here is the male guide to Tinder in Buenos Aires.

To get started, for those still unfamiliar with this not-so-subtle tool of fornication (if there are any,) here’s how it works: Once you have acquired the app, you merely choose an age range, sexual preference, and geographical proximity, ideally as close as possible, so you can get down to business without too much delay. And it doesn’t disappoint: almost immediately, the app begins to bombard you with pictures of people who fit that description.

Needless to say, Argentina has taken to the app like a duck to water. In fact, so enamored by the app’s unwavering ability to coordinate brief sexual encounters, this city now has over 400,000 users, with over 50% of Buenos Aires singletons logging on for a quick swipe. And, not that I want to get locked into a futile debate about the purpose of the app, but there are a few evasive testimonies about users’ intentions that I’d like to address.

The “Tinder Teaches Me Spanish” Excuse

Firstly, there are those who claim that they use Tinder to “practice their Spanish,” or their English, if we’re talking about an Argentine on the prowl for a foreigner. Umm, yeah sure you do, just like you go down the local brothel for a bagel and a cup of tea. I’m not saying it’s not possible to polish a few idiomas whilst using Tinder, but let’s face it, it’s not just a language forum, is it? There are plenty of easier ways to practice your Spanish, so I’m afraid selling that line is nay going to work.

“I Make Friends On Tinder”

There are others, who use it to “meet people in a lonely, new city.” Okay, seeings that Buenos Aires is an international hub, people coming and going all the time, this is slightly more believable. This city is full of travelers passing through for a couple of squalid nights in a hostel, or new residents looking to make some friends in an unknown city. I suppose this excuse is plausible. Still, it sounds a little suspect to me. I mean, I don’t remember judging many potential friends on their Facebook pictures, but sure, why not.

Admit it. Tinder is what people use to get themselves a little slice of that good stuff. It’s a minimum effort tête-à-tête, with nothing to lose and everything to gain.

Snapshots of Shame: Five Porteña Profile Pictures Of Which To Be Wary

1. The Pout to the Top Pose

This is most common red flag of all, and, echoing the timeless words of the visionary, Paul Weller: “When you’re knocked on your back – an’ your life’s a flop, and when you’re down on the bottom there’s nothing else but to shout to the top – shout!” Or in the case of our female counterparts, “pout to the top – pout!” Actually, please don’t, you look like duck, or Sly Stallone’s mum.

No one’s denying she’s a looker, but we can’t all be as beautiful as Mrs. Stallone. Photo Credit: ABC News

Hmm, now this one is a real humdinger. If you’re using an app in which successful swipes are based almost exclusively on what somebody looks like, what do you do when a user doesn’t actually appear in the picture? You may think, “aren’t you clever; you’ve broken through; you’ve gotten to the other side and shown us all that it’s what’s on the inside that counts.” Well fucking done, but you’re not getting any green swipes, are you, so stop wasting our time.

Ahh, I see you have a cat. What a lovely cat. Does the cat want to join me for a copa de vino tinto as well? Or are you just letting me know that you’re “super cute” and that you just love things that are soft and fluffy? How adorable of you – or just plain fucking boring – because pictures with cats went way past cliché a long time ago. The fact is, nobody cares about your cat, and if girls out there are using their cats as a feeble conversation starter, they should feel shamed.

Not the worst offenders by any stretch of the imagination, but still a little disconcerting. You know the ones I mean: they’re the ones that feature a girl in various uncomfortable poses, in completely obscure surroundings, which at first look make you think, “hey, this girl has style” before you start to think, “shit, that girl’s dislocated her shoulder, get her some medical attention! Oh, and, she’s definitely not a model.”

5. The “I Don’t Look at Cameras When Somebody’s Taking a Picture Because I’ve Got Too Many Other, More Important Things to Think About” Pose

Oh, of course, you don’t care if someone’s taking your picture, and you’re certainly not going to jump through hoops to pose for them. I mean shit, you just read Dostoyevsky’s Crime and Punishment, and you’ve got important philosophical conundrums to solve. But, then again, you do care, don’t you? I mean, you are on Tinder after all, and you are using it as your profile picture, so at least give us a smile.

A Strategy For Success

Okay chaps, don’t think you’re getting away with your dubious profile pictures scot-free, because the first part of any Tinder game plan is to not look a complete knob in your profile picture. That means no topless mirror shots or smoldering selfies, and for god’s sake, don’t take a picture of yourself at the gym, ever, and if you do, don’t expose it to the public.

After you’ve got your picture, and you’re confident it reflects the “real you,” here are a few quick fire tactics to help you avoid disaster. Some may sound obvious, but from what I’ve heard, all manner of madness can be found on the Tinder circuits of Buenos Aires:

Even after you’ve got your match, it’s not all plain sailing from there. A number of unexpected complications can arise throughout your Tinder journey of Buenos Aires, turning that promiscuous bit of fun into a somewhat unpalatable ordeal. One thing to remember is that Buenos Aires is working with a smaller pool of Tinder users than other parts of the world, so it is quite possible you’re going to swipe someone you know, or someone that knows you. One unfortunate chap even told me he saw his girlfriend when flicking through the app with his friend. An unwelcome surprise I’m told, but hey, maybe she just wants to touch up her English?

Also, you may want to be careful that Tinder doesn’t sap all of the romance out of your love life. One particularly disheartened user told me how after six months of relentless action, Tinder had anesthetized him to the potential for emotional connections, as brief encounter followed by brief encounter, with nothing more than sex, had left him devoid of the usual affection and excitement that he used to feel when out on a date. Even though prolific on the Buenos Aires Tinder scene, he decided to pack it in, opting for more natural forms of seduction, like plying girls with free cocktails.

(For Tinder from a female perspective in Buenos Aires, don’t miss The Bubble’s Guide to Tinder in Argentina: The Ladies.) 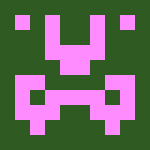