Let us tell you a story. A long, long time ago, a little publication called The Bubble used to have a weekly column dedicated to highlighting all the fun activities you could do in the wonderful city of Buenos Aires. This wonderful agenda consisted of everything from wild parties to cultural events to food fairs to concerts, and was a one-stop shop for weekend fun. It was admired far and wide, and readers couldn’t wait to see what wonders each weekend brought.

Then, well…  let’s skip past all the unpleasantness… all of a sudden Buenos Aires doesn’t really have events anymore. Actually, neither does most of the world. We’re all hunkering down and trying to keep our heads above water while this COVID-19 nastiness blows over. How long will it take? Who knows — right now Argentina is in the middle of a nation-wide mandatory quarantine period, and people are starting to get antsy.

What better opportunity to start binge-watching some shows on everybody’s favorite streaming service (at least until Disney+ becomes available in South America)? That’s right; if we’re going to be stuck indoors, at least we’re going to accelerate our consumption of serialized television. This is why we’ve gone through great lengths to give you some bingeworthy recommendations you can spend your quarantine watching.  We’re giving you a healthy mix of Argentine and international content. Some of these are better known than others, but they’re all worth watching for their own special reasons.

So remember: stay indoors, stay hydrated, and wash your hands. Binge responsibly, and reach out to your friends and family and see how they’re dealing with all of this. Maybe get some of their bingewatch recommendations. And if they’re running dry, maybe forward them this article. Sharing is caring, after all.

Psiconautas is a silly and self-aware Argentine series revolving around a Spanish con-man who passes himself off as a psychotherapist in order to drain a group of misfits of their cash. It’s often a bit politically incorrect and often outrageous, but its cast of characters is legitimately endearing and there are guaranteed to be many laugh-out-loud moments throughout the course of its two seasons. This is a feel-good show and you’ll get a lot out of it if you want to forget your own troubles and laugh at a kooky bunch of weirdos and their bumbling pseudo-analyst.

We love a true-life story, and we especially love a true-life story that doubles as a gritty true crime drama. This Argentine series serves as a fictionalized depiction of the life of Argentinian boxer Carlos Monzón, following his storied career and his life in prison. A dark, gripping show about scandal, ambition, and the inner depths one can plunge to in order to gain power. It’s also an expertly accomplished period piece, as it is largely set in the 1980s. This show is fascinating, but only watch this if you have a high tolerance for following an utterly unsympathetic protagonist (more on this a little later…)

Unorthodox lives up to its name. A strange and truly special German-American mini-series (its four episodes will fly right by) follows a woman in the process of breaking free from the constraints that have bound her for her entire life. Esty is a young woman who is fleeing her oppressive Satmar Hasidic community in Brooklyn, which also means getting out from under her husband’s thumb, and moving to Berlin. This show is suspenseful, psychologically taut, fascinating, and deeply moving, with its story of breaking free and rebirth ringing particularly relevant for current times. You won’t be sorry you watched this.

Encerrados is a strange series that serves as a sort of Argentine equivalent to Black Mirror, except not really — it is an anthology that deals with incredibly tense and often disturbing situations, shining a light on some of the darkest aspects of society, but it never really reaches Black Mirror’s most outwardly horrifying moments, nor its obsession with technology. Instead, it’s more of a collection of moments of psychological torture, as each episode shows different characters dealing with situations of stress and a sort of moral duress. A dark watch, for sure, but one that is gripping and fascinating, serving to take your mind off a different sort of darkness we’re all experiencing right now.

No Time for Shame

No Time for Shame is a stellar docu-series that focuses on the life and times of Santiago Artemis, a young and hugely successful Argentine fashion designer who is the living definition of the word “flamboyant”. He’s the kind of protagonist who makes you go through different phases of finding him endearing, irritating, or both at the exact same time. But this deep dive into his career and personal life serves as a compelling snapshot of the Argentine fashion industry, as well as a massively successful young millennial with a personality that seems too large for his small frame.

You’ve probably heard of this show. It follows the life of Joe Exotic, a gay polyamorous tiger hoarder who ran for President of the United States in 2016 and might have paid to have someone killed. For the last few weeks, people have been aflutter all over social media about how nutty this show is. And it’s true — watching this show is a strange experience of falling down a rabbit hole of irredeemably awful people doing irredeemably weird stuff, in circumstances that are at once shockingly disturbing and also almost over-the-top cartoonish. Most recommended if you’re a fan of the type of documentary series that consistently has you picking your jaw up from the floor.

Watch Los Simuladores. Watch Los Simuladores. We’re not going to get tired of telling you. We wrote an entire article about why you should be watching Los Simuladores. And yet so many of you still haven’t looked into this enduring cult classic. Even despite the fact that it’s sitting right there, in its entirety, waiting for you to discover it, to savor every meme-worthy line, and to enjoy the zany depiction of viveza porteña in how this group of — special agents? Private investigators? Not sure how to call them — tackle each individual case. If you’re a fan of hilarious comedy, problem-solving, and 90s aesthetics, you’ll love this show. 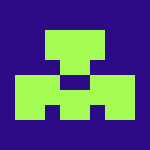