Kirchner the Third or Máximo to the Max

It’s election year in Argentina and for the first time in a decade, we face the prospect of entering the immediate future with a president who doesn’t have “Kirchner” somewhere in his or her name. With the bland and vaguely centrist, Perón-ish bid of Sergio Massa in terminal decline (despite his desperate pleas to the contrary), the next president will probably be one of three people.

These are the “Kirchnerist” or “Kirchnerite” candidates, named such since the Victory Front movement was formed and has always been led by a Kirchner — first the hugely successful Néstor, who salvaged Argentina and the economy from a very neoliberal crisis after his victory in 2003, and then his widow, current President Cristina Fernández, who must step down this election since she can’t stand for a third term.

The Kirchner clan in 2007. Image: commons.wikimedia.org

The blending of progressive, social democratic welfare policies and strong Peronist themes (the mass rallies, constant Evita references and comparisons and so on) have helped drive Kirchnerism to win after win at the ballot box, but this time things look far from certain. What’s more, the lack of a Kirchner in the presidential race has caused divisions within the party. With no clear go-to choice after Cristina, we are left with two potential candidates (there had been more until very recently) who will fight it out for the nomination in the upcoming presidential primaries on Aug. 9.

Both Scioli and Randazzo have good claims as to why they deserve the FpV nomination. But there appears to remain an element of existential angst within the FpV that without the right family name on the ticket, somewhere, a Kirchnerite presidential bid will lack legitimacy, party direction and the intangible just-right, “Goldilocks” brand of leadership.

This worry finally appears to have bubbled over into the very public side of the party’s internal politics, as demonstrated by a spate of statements by party grandees regarding Néstor and Cristina’s son Máximo Kirchner.

For years, Máximo shunned the public eye and left party politics to his parents. But despite his best efforts to keep the Casa Rosada’s inner dealings aside, as well as a potentially damaging image of him growing fat on the bloating Kirchner wealth (Cristina’s own net wealth has increased by 16 percent in the last year alone), Máximo is clearly embedded in the Kirchnerite project and a key player in where the movement goes from here onwards.

His role up to now has provided a bridge between the institutional face of the FpV — largely taken care of by the career politicians in the cabinet — and the movement’s grassroots. He founded the important FpV youth group La Campora back in 2003 and injected it with his own brand of Peronist militarism from the start. Under Máximo’s watch, it has expanded its influence (not without a certain notoriety among those less sympathetic to the Kirchners) to gain a seat at the governing table with representatives in the Chamber of Deputies and many more on regional councils nationwide. 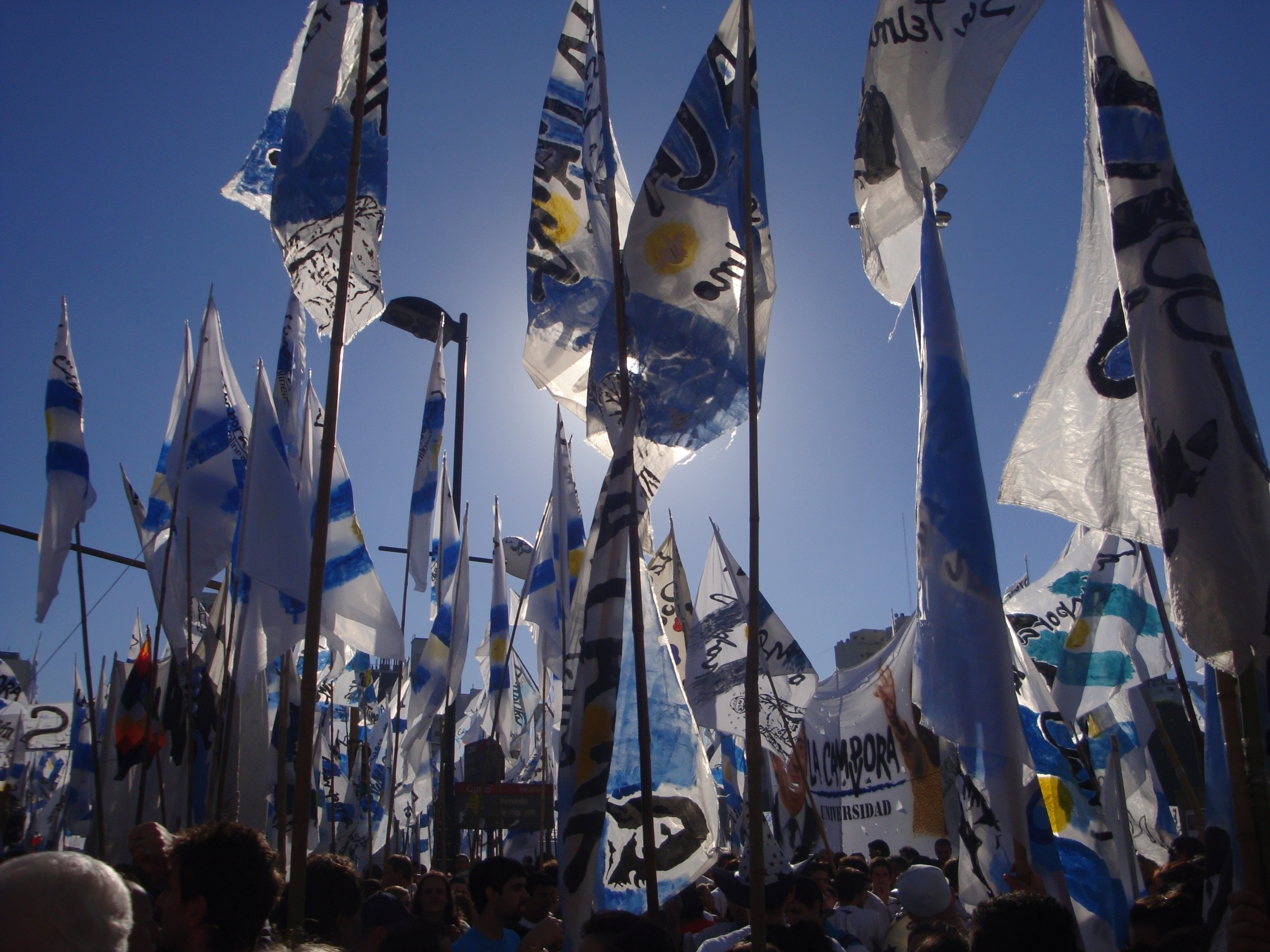 La Campora also exerts influence on Argentine politics through impressive shows of strength. Mass rallies are routine, and at one such rally at the Argentine Juniors stadium in September last year, Máximo stepped into the limelight. He has remained there ever since. It was his first ever public speech and caused a miniature earthquake in the Argentine media and political ether. Here was the prodigal son of the Kirchners following in their footsteps in mesmeric fashion, electrifying a devoted crowd with his rhetoric and passion for el proyecto nacional. What’s more, that day he cut a figure almost the spitting image of his late father Néstor in tone and style as many commentators couldn’t help but notice. Kirchner III had arrived.

Flash forward to today and the reality of a tough and crucial election for the Victory Front, which has never won without a Kirchner on the ballot, let alone without one in a defined government position of any kind. This uncomfortable fact has simmered under the surface of the FpV for years now. And just as a kettle boils over — with an apparent lack of activity and then all at once — there have been strong signals from the most influential names in the party that Máximo may finally make the leap into institutional politics.

These have been semi-cryptic statements, presumably designed to test the water for Máximo if and when he announces a move towards an official position in government during election season and sheds his current skin as the unofficial, close personal aide he has been to his mother in recent years.

Economy Minister Axel Kicillof, one of the undeniable stars of the current administration and Cristina’s own favorite among her inner circle, said:

“He is the kind of politician that the Congress needs. Also, polls show he has 26 percent voter support. That means he was able to destroy the bad image the media was eager to create.”

“There are no doubts left that he fits and that he has the stature to be a candidate. What’s stopping him?”

Indeed, most intriguing of all is how both FpV presidential candidates Scioli and Randazzo have also put out Máximo-related feelers to the media and gauged the reactions, fueling speculation that they could name him as their preferred vice president. Neither has announced his choice yet, so there is still a very real possibility of at least one of them doing just that. Either way, the apparent widespread backing from within the party must reflect at least a certain degree of political competence on his part, and he is unquestionably popular with grassroots FpV supporters. The stage is set.

Máximo is a member of a wealthy, influential family still dominating Argentine politics, just as Macri is ensconced in the handshakes and business card world of the corporate elite.

But in Máximo’s case, his name itself might also be a hindrance as much as a help. There are many in Argentina who rightly feel uncomfortable with the prospect of another Kirchner calling the shots in whatever capacity after over a decade of just that. To have such dynastic tendencies within what’s supposed to be an open and representative democratic system hardly demonstrates the liberal meritocracy that politicians the world over champion as an accepted global norm.

Then again, when has this ever been true in Western liberal democracies? Meritocracy repeatedly plays second fiddle to social and industrial elites. Just look at the US. Its recent presidential history has been utterly dominated by selected families of privilege. There are Kennedys, Bushes and Clintons as far as the eye can see, two of which are running from opposite sides to replace Barack Obama next year, who despite shoehorning his way into the clique has done very little to change the pro-capital and hawkish tendencies of the White House across two terms. Elsewhere, oligarchies of career politicians have a stranglehold over who actually does the representing in legislatures and the ruling in the executives, exemplified by the current UK cabinet that is basically filled with old, white and mainly male millionaires who went to Eton and then Oxbridge.

Whether we like it or not, representative politics is an incestuous game and it’s hard to break the mold, even if it’s healthy and often necessary to do so. If he does end up running, Máximo has spent some time with the party’s grassroots, at least. He may remain firmly within a wealthy circle of elite members of Argentine society, but if he stands, he will likely bring some of the radical notions of his activist days with him and maybe shake up the uneven landscape of Peronism in Argentina. Like father, like son.