Kicillof at G-20: 'Obama Wanted to Know How Cristina Was Doing'

Economy Minister Axel Kicillof said today that he was approached by Barack Obama himself at the G-20 summit this weekend because “he wanted to know how President Cristina Fernández de Kirchner was doing”. It was the photo seen around the world.

He also assured us that he shared “occasional comments” with the US president over the vulture funds conflict.

As to Germany’s Angela Merkel, France’s François Hollande and Spain’s Mariano Rajoy, Kicillof responded defensively that she was “perfectly well, as everyone knows”, having informed them that the long journey to Brisbane had not been recommended.

Although Cristina herself avoided the summit due to an case of sigmoiditis (that’s a colon infection  in English) which left her hospitalized for a week, she appears to be beaming on her recovery bed at the Olivos Presidential Residence, having taken to Twitter to praise Argentina’s involvement in “changing history” when it comes to sovereign debt restructuring.

Golden Boy Kicillof and comrade-in-arms Foreign Minister Héctor Timerman are ecstatic at their role in the first-time inclusion of sovereign debt restructuring in a clause of the final G-20 statement, which aims to “strengthen the orderliness and predictability of the [restructuring] process” and encourages “collective action”. This move has been praised as “historic”.

Meanwhile, leaders have a agreed to a package of measures designed to increase global growth by 2.1 percent in five years, tackle global tax evasion and confront climate change, despite opposition from host PM Tony Abbott and his ironically sun-burnt attorney-general, George Brandis.

The photo has since gone viral to widespread amusement.

Despite an optimistic start which saw Putin and Abbott together cuddling koalas, the Russian President stormed off early on Sunday after being mercilessly browbeaten for hours on end by the other leaders over the crisis in the Ukraine. According to a Kremlin source, Putin claimed withdrawal was “impossible – because we are not there”. The conflict has so far cost 4,000 lives.

So although Kicillof did make the rookie error of posing for the G-20 family photo sans tie and with a Peronist V-sign instead of a conventional hand wave like the other boys, it seems Kicillof has pulled it off and can expect a cheery welcome home. 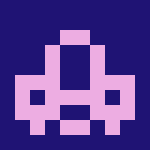