Kibbitz and Kosher: A Guide To Eating Jewish In Buenos Aires

Something happens as you approach the middle of the city. Entering the barrios of Abasto or Once, one starts to notice the increasing abundance of wide brimmed black felt hats and unique approaches to facial hair maintenance. No, this isn’t an indication of a hipster hotbed, but rather, a sign of Buenos Aires’ notable Jewish population. Outside of Israel, Argentina is the 7th country in the world with the largest Jewish population. And where there’s Jews, there’s food. Lots of good, good food.

At the end of the 19th century, Argentina received a sharp influx of Jewish immigrants arriving en masse from Eastern Europe. Like the Italians, Jewish immigrants from Europe had a considerable influence on the culture of the city, an influence whose effects can still be seen, and tasted, today.

All you goyim reading this might be wondering: wait, isn’t Judaism a religion not a type of food? To which I say, you’re right, Judaism is a religion. It’s also a culture, a culture with its own slang, humor, history, literature and food. In fact, any Jew knows that food is almost inseparable from any kind of Jewish activity (except for that one day a year where we literally eat nothing, but there’s always got to be an outlier somewhere).

So for those of you looking to satisfy your Jewish sweet tooth, stop your kvetching and get ready to nosh because the city has got no shortage of options for the mensch in all of us.

Contrary to its name, Mishiguene doesn’t mess around. Photo via www.centurion-magazine.com

Now we’re going to start from the top with this one. Named after the yiddish term for a crazy fool, Mishiguene is the Palermo Zoológico restaurant gaining international attention. Chef Tomás Kalika uses his Jewish background and years spent cooking in the Middle East to create what he calls a cocina de inmigrantes, bringing together recipes and flavors from Jewish communities the world over. Think New York deli pastrami listed alongside a lamb filled Moroccan phyllo pastry. It’s kind of like you’re in your bubbe’s kitchen, if your bubbe is a professional chef with a prolific knowledge of the recipes of the world. Keep in mind, this place is not for those on a tight budget, but that doesn’t mean it’s not delicious.

For those of you who find it hard to leave the Palermo bubble, I say oy vey. But while you’re there, go ahead and sit your tuches down and enjoy some Jewish food, the neighborhood’s littered with spots. First is Hola Jacoba, the Soho eatery serving up all the good stuff: hummus, knishes, shawarma. Wash it all down with a beer from Benaim, a casual and trendy beer hall with a killer outdoor patio. They churn out Middle Eastern bites from their food truck on the weekends and transform the space to allow for art exhibitions. If bagels are your thing (they should be), then track down the man with a monopoly on the Buenos Aires bagel business: none other than Sheikob himself. If you can’t catch him biking around the neighborhood with lox in tow, you can stop by Latentte or Felix Felicis & Co for your bagel fix.

Speaking of New York staples, if you’re more of a deli type, then rest assured, we’ve got you covered. La Crespo and La Pastroneria, in Villa Crespo and Palermo Hollywood respectively, are filling the city’s deli gap. Think smoked salmon, sky high cheesecake, rye bread and sliced pastrami, pickles on the side, please. If you still don’t know what to get, just point to your neighbor and utter the most famous five words ever spoken in a deli: I’ll have what she’s having.

This list wouldn’t be complete without a mention of all the Jewish food to be discovered in Once. The list is almost too long to break down. I’d even recommend a walk through the neighborhood, keeping your eyes peeled for words like kosher, deli or any place that you see orthodox families gathering around, chances are they know better than any of us.

Of note, however, is the Kosher McDonald’s located inside the Abasto shopping mall. The only one of its kind outside Israel, this specialized location serves kosher meat aka carne that’s been blessed by a rabbi and killed in a certain way. Be warned, my shiksa friends, don’t roll up expecting any cheeseburgers. We don’t mix our meat and dairy.

The Golden Arches get holy. Buenos Aires is host to the only Kosher McDonald’s outside of Israel. Photo via www.ddfitzgerald.weebley.com

And last but not least, we’ve got your traditional porteño staples for the kosher set. Because what would a Buenos Aires diet be without a fair share of ice cream and pizza?

The area around Once is full of places for those who keep kosher but aren’t trying to give it all up. A full list can be found at this handy website that’s done a better job of compiling than I ever will.

If this list is any indication, Jews are a diverse community with influences that span continents and time periods. Regardless, the easiest way to a heart is through the stomach, so whether you’re a goy, shiksa, interfaith, or born and bred temple goin’ Jew, pull up a chair, pour yourself some Manishewitz, and take a bite. 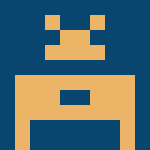