Lesson learned. Just because you care about the environment doesn’t mean you should be trusted. Representatives from COLCIC, a charity set up to prevent pollution and flooding, caused a stir when they announced that their volunteers had found eight bodies while cleaning rivers in the Greater Buenos Aires district of Quilmes district.

Now the charity’s bosses have taken it all back.

Under questioning from prosecutors, the heads of COLCIC denied their previous claims flat out. Ceferino Salvador García Aguirre, the organization’s head, explained that “it was just an outburst. We never extracted any bodies from the rivers.” Both the Buenos Aires police and the Quilmes municipality had expressed skepticism about the claims shortly after they emerged.

COLCIC won a 500,000 peso contract with Buenos Aires province to clean the rivers of southern Greater Buenos Aires, which according to La Nacion expired in July.

The municipality is warning it may take legal action against the charity. 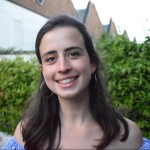