Come burst the news of the week with us!

January was a quiet month in Argentina, newswise…but not anymore. A prosecutor says the President covered up the responsibility of Iranian citizens in the bombing of the AMIA jewish center in 1994.

A guy named “Culasso” (big ass) was denied a Facebook profile for signing up with an “offensive name”.

Passengers of Aerolíneas Argentinas can now travel with dogs under their seats.

Argentina is likely to win its third Academy Award to a Film in a Foreign Language.

The new US ambassador, Noah Mamet, does speak Spanish, contrary to what we were made to believe. But he rather greet Argentines in English… 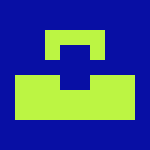