For all you Regina Georges out there on (intended or accidental) all-carb diets, Argentina might be your heaven.

TrialPanel, a European-based research group, conducted a survey in the Argentine capital and throughout the country’s interior to find out which foods Argentines love and consume the most. In a country that has more cows than people and more pizzerias per capita than any other nation (any interest in the #Muza5K pizza run tomorrow morning?), the results are hardly surprising. And a vegan’s nightmare.

Argentines overwhelmingly chose pizza, milanesa, empanadas and pasta as their favorite and most frequently home-cooked foods.

However, the quintessential Sunday family asado was reported as Argentines’ all-time favorite. Due to the long prep process, though, it was less consumed than the aforementioned options.

Popular food delivery company Pedidos Ya conducted a similar survey during the Copa América this summer to see what foods people prefered while watching soccer. You’ll never guess the results. Asado took the helm, followed closely by pizza. I guess you need your comfort foods when you lose to Chile.

There are growing concerns, though, about the connection between Argentines’ favorite foods and expanding midsections. According to a World Health Organization (WHO) 2014 survey, Argentina had the fifth highest obesity rate in the world and the highest in Latin America, with 29.4% (not far behind the US. Keep working on it, Michelle Obama.)

The typical asado meal contains, on average, 1,700 calories. That’s the same as eating 14 tablespoons of butter, which has never been considered healthy unless you’re asking Paula Deen.

The WHO survey states that obesity is the number one cause of death in the country (right behind cigarettes).

Just because the top favorite dishes are meat based with a side of carbs smothered in more carbs doesn’t mean there aren’t any healthy alternatives out there. Next time you’re about to devour 10 pounds of asadoed meat, just try accompanying it with a piece of lettuce. Or a carrot. Or something. You can do it. 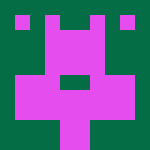