Is Macri Schmoozing Up to Trump on Human Rights?

Has President Macri started talking to the audience of one?

Argentina has just been elected as a member of the Human Rights Council of the United Nations from 2019 to 2021. It will be one of 47 states with voting-power regarding the surveillance of human rights around the globe.

The role of the HRC is paramount in global well-being. They make recommendations to states in matters of human rights and exercise influence in the agenda of the annual UN General Assembly held in New York.

The annual report of the HRC carries so much weight that the Trump administration pulled out from the council in June. Nikki Haley, the US ambassador to the United Nations (who leaves her post at the end of the year), called the HRC a “hypocritical” body that “makes a mockery of human rights.” Mounting critiques of Trump’s immigration policies and the renunciation of Israeli use of force against Palestine were the driving factors that led the US to withdraw from the council.

However, the US pays attention to the voting decisions of states in the UN, and Argentina has earned a voice in the human rights discussion. Trump admitted this after the UN condemned his decision to recognize Jerusalem as the capital of Israel last December. “We’re watching those votes,” he warned.

Perhaps Mauricio Macri was made aware of Trump’s wariness regarding the vote, seeing as how Argentina was one of the 35 countries that abstained. This is a complete U turn from where we were in 2010, when Argentina recognized the 1967 boundaries of Palestine that indeed included a part of Jerusalem.

After reaching the IMF agreement, with the total support of the Trump administration and other G7 leaders, it seems Argentina will assume a bandwagon position in global politics in order to form an alliance with these world powers that would benefit its own national interests. In the last few months, Argentina has heightened its pressure on Nicaragua to gain control over its turbulent socio-political landscape – a political alignment with the US, to be sure. Additionally, Argentina continues to sling critiques against the Maduro regime in Venezuela – another stance in compliance with global chatter laid forth by the US.

The correlation between IMF proceedings and international politics was studied by Dr. Axel Dreher from Heidelberg University. In one of his papers, Dreher conducted an empirical study of 206 letters of intent from 38 different countries submitted during the period from April 1997 to February 2003. Published in 2007, this study “revealed that the number of conditions on an IMF loan depended on a borrowing country’s voting pattern in the UN General Assembly.” Additionally, the study deduced that “closer allies of the United States (and other Group of 7 [G7] countries) received IMF loans with fewer conditions, especially prior to elections.” The Macri administration just received a USD $57 billion expansion of the Stand By Arrangement, just one year before national elections.

“The study analyzed many countries over many years, but does not prove anything with regards to individual countries. So, from studies such as this you will find that political influence is important when examining the IMF loan size and the probability of receiving an agreement, let alone an agreement with fewer conditionals,” Dreher told The Bubble.

In August, the ‘sherpa of Argentina,’ Pedro Villagra Delgado, admitted that it was an “advantage” for Argentina to be hosting the G20 summit when discussing a deal with the IMF this time around. 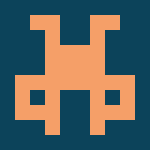 Martín Torino is a journalist who has been covering Mauricio Macri since he was the mayor of Buenos Aires. He is a River Plate and Beatles fan. His areas of interests are Argentina’s economic policy, global politics and the influence of international organizations.