One of the more popular neighborhoods in Buenos Aires where this market is concentrated in is Once. This neighborhood contributes about a fourth of all the money generated by the informal economy, accumulating AR $3.7 million in 2016.

Vendors and police confront each other at Once. Photo via La Nación

It is no surprise then that there is great conflict between the Government and the vendors selling their goods on the streets. Vendors are fighting for their rights to have a job and make a livelihood while the government is trying to regulate the selling of merchandise and introduce more workers, along with their wages, into the formal economy. Just yesterday, Buenos Aires City police conducted an operation to remove the vendors from their non-regulated sales posts, which resulted in resistance and pleas from the vendors to have a conversation about the situation.

Vicente Lourenzo, the press secretary for the labor union and the vice president of the Federation of Industry and Commerce in the City of Buenos Aires (FECOBA), said: “Let us celebrate that the leader of the City Government (Horacio Rodríguez) has followed through with his promise and that Once will be more organized because right now, what is happening is a big mess.”

Lourenzo also added that he believes the police should not stay there for just a day or two but should actually stick around for at least 90 days so as to truly “get rid of” the vendors.

And although the head commissioner, Roberto Ahmed, tried to negotiate with the vendors in the confrontation on Tuesday, vendors appear wary of the compromises being proposed.

Omar Guaraz, part of the Free Merchants organization, said that various vendors who had been evicted from their selling posts were promised to be relocated but that the City did not follow through. If these promises were indeed broken, vendors may be rightfully wary of what the City’s actual priority set is.

Guaraz said: “The people who sell on the street are workers and do it because they have no other means of life.”

Street vendors in Once selling merchandise in the illegal market. Photo via ambito.com

The most commonly sold items up for grabs in Once

According to the Argentine Chamber of Optical and Allied Industries (CADIOA), glasses are the most sold item in the informal market in the country. Norberto Fermani, the president of CADIOA, said that vendors make around AR $30,000 to $150,000 a month solely selling glasses.

The City is still in search of a solution but Maria America Gonzalez, from the public defense counsel, says that it is important to find a solution that allows the vendors to continue to make money. Until then, vendors will continue to fight for a solution that won’t leave them out on the streets. 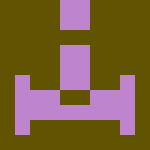