Incineration: a Terrible Idea for Buenos Aires and the World

More than a month ago, an erroneous and regrettable decision was made by Buenos Aires Legislature, when it has decided to abandon its goal of achieving zero waste, as contained in its progressive law of 2005, and instead substitute a policy which would see seven incinerators (which are waste-of-energy not waste-to-energy facilities as described by promoters) built in the Buenos Aires area. In passing this law in 2005 Buenos Aires put itself in the vanguard of the most progressive cities in the world, which includes San Francisco, California, which has the vision of seeing that the 21st Century needs a shift from a throwaway society to a sustainable society.

For the past 32 years, both before and after retirement as a professor of environmental chemistry and toxicology, I have actively opposed the building of incinerators and have searched for sustainable ways of handling discarded resources that avoid both incineration and mega-landfills. This has led to my giving over 2,500 pro bone presentations in 66 different countries promoting the principles and practicalities of the Zero Waste solution. In a book on the subject I outline ten steps to Zero Waste. These are: 1) source separation; 2) door-to-door collection; 3) composting; 4) recycling; 5) Community Reuse and Repair Centers; 6) Household economic disincentives for the residual fraction; 7) Other waste reduction initiatives; 8) Facilities to separate and screen the residual fraction; 9) Zero Waste research centers for better industrial design and 10) temporary landfills for the currently non-recyclable material and stabilized dirty organic fraction. Between 1985 and 1995, as director of Work on Waste, USA, I helped communities defeat the construction of approximately 300 incineration plants in the USA and Canada. Since 1997, only one plant was built, in the United States.

The decision by Buenos Aires to build seven incinerators (one in the city and another six in the province) will entail many billions of dollars of investment, which will trap the region in a debt for the next 25- 30 years. Such a debt can only be paid by running the facilities to the maximum thus eliminating any chance of developing any sustainable alternatives. Moreover, for this huge investment very few local jobs will be created; valuable material resources and business opportunities will be wasted and the community will have to deal with the horrible air pollution created. This may be in the economic interest of a handful of people but for the vast majority of citizens it will be an economic and public health nightmare.

Despite technological advances, incinerators put into the air many toxic substances. These include toxic metals, dioxins, and compounds related to dioxins. In the case of the latter, they are persistent and highly damaging to health. Of particular concern is the fact that many of these air emissions come out of the incinerator in the form of nanoparticles, which are so small, they pass through air pollution control devices and easily cross the lung membranes. In cities like Buenos Aires many diseases and deaths can be ascribed to air pollution in the form of particulates, the combined impact of 7 incinerators will make this situation far worse.

Contrary to claims by promoters incineration does not eliminate the need for landfills. For every four tons of waste burned at least one ton of toxic ash is produced. Ironically, the better the incinerator the more toxic the ash produced.

The principles of Zero Waste, which include separation and recycling programs, encourage the creation of jobs to achieve these goals. If incineration is introduced into Buenos Aires, workers in the recycling sector will have their jobs permanently at risk. It is proven that these plants generate little employment. For example, one of the most important incinerators in Italy, built in the city of Brescia, cost about half billion dollars to be built but only produced 80 jobs. Compare this to Nova Scotia, Canada, which by avoiding incineration created 1000 jobs in the collection and handling of the discarded materials and another 2000 jobs in the industries that used the secondary materials.

Buenos Aires still has an opportunity to stop this bad decision. Not only is incineration bad for Buenos Aires it is bad for the planet as a whole.

Our task in the twenty first century is not to find better ways of destroying discarded materials but to stop making packaging and products that have to be destroyed. We have to convert a linear economy to a circular economy. To do that we need better industrial design not better destruction. This is the key imperative behind a true zero waste strategy. We need Buenos Aires to set a better example for Latin America and the rest of the world. 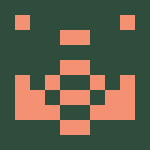 Dr. Paul Connett is the founder of the Zero Waste Theory. He is a graduate of Cambridge University and holds a Ph.D. in chemistry from Dartmouth College. He specializes in Environmental Chemistry and Toxicology.