In Education, Quality and Inclusion Are Not Enough

It has been several days since the end of the takeover of high schools in the city of Buenos Aires, motivated by a project of an educational reform which became public not in an official way, but through the press, in a highly inadequate timing: between the PASO and the October elections.

It is time, now that the passions have been quieted, to put on the table the basic problems that make our educational reality. Inclusion or quality? An old and absurd dispute. The answer is obvious, no one can doubt it, inclusion but with quality. However, the problem is more complex: even inclusion and quality are not enough if the children who attend school and receive quality education are unable to assimilate it.

On Tuesday, October 3rd, BBC News published an interesting article which, although extreme, is important to help us understand the subject. The article points out that a new research from the UNESCO Institute for Statistics warned about the lack of quality in schools, reporting that more than 600 million school-age children do not have basic math and reading skills. “Many of these children are not hidden or isolated from their governments and communities – they are sitting in classrooms”, said Silvia Montoya, director of the Institute. It is clear that inclusion alone is insufficient.

BBC News also reported that the phenomenon of attending school without achieving real learning is highlighted by a report of the World Bank made public in the last week of September, which suggests possible causes for this fact.

The work of the World Bank examines the factors which undermine the learning of the children who attend school, including the quality of the education given, noting that many teachers are not properly qualified. At the same time it warns of high teacher absenteeism. In this regard, the Head Economist of the World Bank, Paul Romer, is compelling as he indicates that “there had to be a more honest admission that for many children being in school did not mean to receive worthwhile lessons”. It is evident that quality also matters.

But beyond the quality of the education received, the report highlights that many children start their schooling in inadequate conditions to acquire knowledge. Many had suffered from malnutrition because of the poverty of their families that could mean they began school mentally underdeveloped.

For this reason, Romer mentions that “progress would depend on recognizing that the facts about education reveal a painful truth”. Of course, he is right. We can hardly speak of equality of opportunities if we do not have a child whose brain is capable of receiving education and this is impossible if he hasn’t had adequate food during his first years of life.

Good nutrition in the 1,000 days between a woman’s pregnancy and her child´s second birthday is essential, since it has a major impact on child’s ability to learn. Malnutrition causes irreversible damage to children’s brain development, leading to a reduced ability to learn and a worse performance in school.

As Sara Cusick and Michael Georgieff mention: “The first 1,000 days of life is a unique period of opportunity when the foundations of optimum health, growth, and neurodevelopment across the lifespan are established”, and added: “While the human brain continues to develop and change throughout life, the most rapid period of brain growth and its period of highest plasticity is in the last trimester of pregnancy and the first two years of life. Thus, this time period harbors the greatest opportunity to provide optimal nutrition to ensure normal development and also the time of greatest brain vulnerability to any nutrient deficit”.

Therefore, it is clear that facing child malnutrition must become a policy of state. By not doing so, talking about inclusion and educational quality lacks of foundation, if indeed what we want to reach is to enable the children who have less a real opportunity to access a better life. 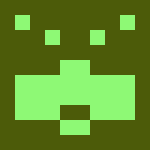