iBillionare: Could An Argentine Entrepreneur’s App Shake Up The World Of Finance?

Alejandro Estrada, an Argentine entrepreneur based in Silicon Valley, launched the new version of iBillionaire on international app stores last week. This is Alejandro’s third company he has founded, the first two – DineroMail and moni.com.ar – were greatly successful in Argentina and Latin America. iBillionaire, initially created in Argentina in 2013, tracks billionaires portfolios and for a transaction fee, allows you to invest in exactly what they do. With a few taps, you can open an account, explore billionaires’ portfolios and automatically follow their investment patterns. And don’t worry, not billionaires in the Argentine peso. Depending on how inflation goes we could all be part of that club soon enough.

Did your Argentine business education prepare you for the founding of all these international companies?

I’m convinced that [doing] business is a passionate thing, a vision more than specific preparation. Whatever I had studied at any university in business 15 years or 20 years ago wouldn’t have a lot of impact with modern technology and what’s going on right now. So, all that it takes to build a company today: you have to learn as you go…one value that I stress a lot is relationships. People you meet, and the ecosystem you are capable of penetrating…Of course the basic thing [is] that you have a product, idea or project.

And you’ve just launched iBillionaire. What can you tell me about that?

It’s a mobile application that is very simple. It’s very hard what we do on the back end, but for the user it is very easy. You open an account from your phone, select your billionaire, press buy, and we’ll take care of your investments thereafter. We don’t need to explain too much more because we’re going to complicate it.

Warren Buffett (net worth: $66.7 billion), is one of the billionaires whose portfolios you can invest in using iBillionaire. Photo via: via cdn.kizaz.com

When a billionaire invests in a company they are often investing big. Won’t the stock prices be higher when your clients invest?

When you look at these guys, first of all they make long term bets. They are not day or week traders at all. That is very important…When we look at the real returns that they get and the returns we get, they are almost identical.

Do you plan on using iBillionaire to help create jobs in Argentina?

We’re hiring engineers all the time. Argentina has a very good level of software engineers. At our universities there is a culture of engineering, which is very good. The average Argentinian understands a lot about economics. You can speak to an average Argentinian about economics very easily because they suffer [economically] a lot. So, it’s part of their daily decisions. So what we’ve noticed with the engineers in Argentina developing a software that has to do with investments and finance in general, it becomes kind of natural for them to think in those terms.

Recently the IMF forecasted that Argentina could fall into recession in 2016. How do you think Argentina will deal with the next recession?

I think we are in a sort of recession. The country is starting almost literally from scratch…But I think Argentina is doing what it should have done many years ago. We are doing everything very fast, it’s tough, but I think [that with] a continuation of the last 12 years, we definitely would have been going in Venezuela’s direction…This is like being after a war. It’s 12 years of devastation.

Right now the Macri government is really striving to support start ups in Argentina, what do you see the barriers to this taking place?

We don’t have electronic signatures in Argentina. It’s not legally valid, even if I sign something with my pdf signature in adobe. So in order to execute a contract or open a bank account, you need to go to a branch, you need to sign, an employee of the bank needs to see the signature, sign himself in hard paper copies that the central bank can come and ask for that. If the bank doesn’t have that they have to pay a fine and so you have all of this paperwork from two centuries ago… So I think [electronic signatures are] an amazing concept and I know for a fact because I have been speaking to people in the government that they’re working very hard in order to facilitate not only that you can open a company fast, but also providing the underlying system by which you can easily make transactions in the economy.

Right now there’s a huge incentive to make cash transactions. Because we have a debit and credit tax in bank accounts…any company that is dealing with payments, has to pay 1.2% per transaction to the government. It’s a tax that goes against any possibility that people will have any incentive to make e-transactions, which is at the end of the day, a white economy, against a black economy – the black market. Cash is black, no taxes, no growth, it’s the worst. Today we have the possibility because everyone has a phone and because of the internet, because everyone understands the technology. We have the possibility to legalize the economy’s transactions. But in order to do that you need to facilitate that process and I am very proud that the government is pushing entrepreneurship, but I also know there are some legal reforms that congress must sanction so that all the enforcement and system is in place so that business can move on.

Do you think the recent BAValley venture will be successful for the entrepreneurs and the Argentine government?

It’s the first step. What we’re saying is, “Let’s have an office. Let’s have a space. Let’s be in Silicon Valley where 90% of what we use and think about is being done.” With all the technology, it’s like Florence of the Renaissance. Out from there comes all that we use on a daily basis, even the way we think comes from there. I mean, just the idea and the execution of having an embassy there, a point of contact that people can you know, be there, and if it’s not perfect, it can be done better. I think time will tell and I can tell you that the people behind this are very smart people

Do you see Argentina as a hub for entrepreneurship in the future?

I think that Argentinians in general have been forced to be entrepreneurs. And I’m talking about the big meaning of entrepreneur. The guy who opens a little kiosko from the guy who owns a bakery, to the guy who builds Mercado Libre. All of them. They all share the same gene, which is survival, making business in an environment which is very difficult and changes a lot…You have seen your father do this or your grandfather do this or your uncle or your brother. We are a country that was built by entrepreneurs, by people who left their home countries, Italy, Spain, some from Germany, some from France with basically nothing in their pockets and they came here to build something. It’s very similar to the United States, very similar to Australia. In the genetics of this country you have a lot of entrepreneurship. Go to any humble neighborhood and you’ll see little stores, one close to the other. See now Macri wants to do high impact entrepreneurship. It’s in the genes of the nation and I think it’s smart to bet on something that is a part of the social genetics…

What we don’t have is the system, the investors. There are many things that we are lacking but if you think about how many Argentines have built something relevant outside of Argentina. Argentine entrepreneurs are not that bad, we have created companies that have some relevance from a place that is Kosovo. Imagine the last 12 years, which have been crisis after crisis and still some very interesting companies have been built that go beyond Argentina. 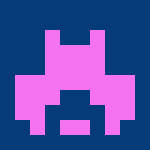