I Had an Abortion in Argentina

(Editor’s note: The writer of this article wished to remain anonymous and sign this personal essay as Jane Roe).

After a few weeks of torturous waiting, the day finally arrived. My Argentine boyfriend and I took a taxi to a working-class suburb of Buenos Aires, about an hour and a half from our home. I remember the taxi driver’s electronic music blaring in the back seat, the euphoric beat seeming like a cruel joke at the time. I was terrified and nervous. We had spent a few weeks waiting for this day in agony as the team of rogue doctors and nurses was assembled and the final date confirmed. Our only updates came sporadically through the “abortion team” lead doctor, who rarely answered his phone because he was often in surgery at his regular hospital job.

We were instructed to wait for him at a corner — no address was provided for safety reasons. After meeting us, the doctor would accompany us to the location of the “pop-up” clinic. Nothing went right leading up to the actual procedure. The doctor was not answering his phone (we would later learn that his surgery had run late). My boyfriend and I sat outside a kiosk and kept calling, the minutes passing like hours. After about an hour of waiting I broke down in tears on the street.

When I discovered I was pregnant, I was eight weeks along. I was shocked. I had been taking birth control regularly and responsibly, and did not remember missing a pill (although it’s certainly possible). How could this happen? My family and community had educated me about sexual reproductive health, birth control, and responsible family planning from a young age. I was careful — one might even say paranoid — about becoming pregnant. I had access to free birth control through my affordable Argentine healthcare. My boyfriend and I did not want a child at the time, and I took care of myself and my body accordingly.

After the initial shock of getting pregnant in a foreign country where abortion is illegal wore off, the next steps were clear for a woman with my access to money and resources. In our case, it seemed like most middle and upper-class Argentines of all religious and moral creeds “knew someone” for situations like this, and within an hour, we had spoken to a few people willing to connect us with reputable doctors. In the end, we were able to find someone we trusted through very helpful family friends in the medical field.

These friends responded to the news with complete support and empathy, gently suggesting that we take a few days to think about it, and that they would support our ultimate decision, whatever it was. I never felt shame (nor shamed) and I never hesitated. Luckily, my boyfriend and I were on the same page. Back home, my mother was completely supportive, as my father would have been if I had chosen to tell him (I didn’t want him to worry). To this day, there is nothing that anyone can say to make me regret my decision. I only lament that other women find themselves in a different, less comfortable position.

I told a few friends, but was careful about which ones. Even in my country, where a woman’s right to choose is protected by law, even among educated, liberal women, the taboo surrounding abortions is so strong that there is a sense of shame associated with admitting to having had one, as if it were a sign of carelessness and lack of responsibility. After all, I am writing this anonymously.

Because I told so few people, I tried to carry on with my normal routine while undergoing a variety of physical evaluations. Because the doctor was so respected, he made a few calls and was able to get me an appointment for a sonogram at a local technician’s office for the same day. Someone less secure or confident in their decision than I would have had a terrible time sitting in the waiting room with all the happy expecting couples, the women holding their big bellies. I was somehow fine through all of that. When the technician asked me if I wanted to see the scan and I said no, he gave me an understanding nod and said nothing more about it.

I had family visiting at the time, but said nothing to them about this. I continued to run my business and attempted to socialize with friends. I waited for what seemed like an eternity to arrange the abortion, all the while feeling like a hostage inside my own body.

There is a very strange sense of helplessness that comes with unwanted pregnancy. While pregnancy is a beautiful, natural process, unwanted pregnancies leave you feeling like you have an uninvited guest inside your very body. What’s more, with the flip of a switch, you realize that you don’t have as much control over your body as you thought you did. Between knowing that Argentine law meant to force me to have this baby and that my birth control had failed me, it was as if my body were not really mine at all.

After a lifetime of being told by my parents, teachers, and community that I could do anything I wanted, and that only I had the right to make decisions about my life, my body, and my lifestyle, here I was. I felt betrayed by my own body and by modern society — how can the same society that created the #NiUnaMenos movement tell me that I shouldn’t have the freedom to decide something as important and fundamental as when to become a mother?

While we waited at the kiosk, and just when I thought I couldn’t take it anymore, the doctor answered our calls and let us know he was on his way. I was told to head over to a nearby appointment alone — no men were allowed inside the clinic aside from himself. The “clinic” itself was an apartment owned by a retired doctor, and her living room was filled to the brim with porcelain figurines and other typical abuela-style home decor. She and the medical team treated the operation like a business, as far as I could tell — there were no words of comfort, but they weren’t unpleasant in their demeanor either. Either way, I’m eternally grateful to them.

In the living room, there were two other women waiting for their procedures. One was a 16 year-old who came in with her mother. Her boyfriend had gotten her pregnant. The other was a woman in her mid-thirties who had two children. Her female friend comforted her as she cried over the guilt of not wanting another child.

The adolescent woman went first, and when she came out, she was drowsy from being under anesthesia, but assured both me and the other woman that the procedure itself was the least traumatic element of this whole ordeal. She was right. It took about five minutes, total. The aftermath was no more painful than a particularly heavy period. I had an illegal abortion in a rusty hospital bed in a stranger’s apartment, but I was fine.

According to a 2007 study by the Ministry of Health’s National Health and Nutrition Survey, there are an estimated 500,000 abortions a year in the country, representing 40 percent of all pregnancies. And that same study concluded that for every woman that seeks medical help due to complications of abortion, seven others do not. This is just my story, and statistics suggest that it would have ended differently if I were poor and unable to access and pay for a safe procedure like mine. According to Amnesty International, complications related to clandestine abortions are the main cause of death among pregnant women in 17 out of 24 of Argentine provinces.  According to a study from the Human Rights Watch, around 80,000 women are hospitalized for post-abortion complications, but countless women simply do not go to the hospital at all for fear of the legal consequences. This is a human rights and public health crisis.

But to me, this should be about more than preventing death. It should be about empowering life, namely women’s lives. I believe we must recognize that a truly empowered woman is one that has complete control over her body, no exceptions, no matter how morally uncomfortable, or sad, or imperfect some of the implications of this may be.

Life is not binary, nor is it black and white. There are times when the words “right” and “wrong” don’t apply — sometimes, despite doing everything “right,” something “wrong” happens anyway. If this weren’t the case, I wouldn’t have been surprised by an unwanted and unplanned pregnancy. Birth control would always work. Life also isn’t fair. If it were, I wouldn’t have to make the decision between deciding when to become a mother and ending what some perceive as a human life. Life is that messy, and our laws must recognize this.

Anyone who has lived in Argentina knows that this country can handle messy. Argentina does not shy away from the challenges of caring for its poor or giving a voice to the marginalized. With too many women dying every year due to illegal abortions in Argentina, to deny this as a human rights crisis is to fail to recognize that women are more than reproductive vessels.

In criminalizing abortion, the law tells women — especially poor women — that their lives are only safe if they accept that their wombs, and essentially their bodies — are not theirs to control. This is unacceptable and immoral, and if we believe religion tells us otherwise, I say it is time we take a hard look at how we practice our faith. I have been encouraged by groups like Catholics for the Right to Choose (Católicas por el Derecho a Decidir Argentina) who practice Christianity with the same empathy and concern for the poor, sick, and suffering that shaped Jesus’ teachings.

Either way, to live up to its democratic ideals, Argentina must separate religious morality from the law. Because religion is not based in logic and does not depend on the recognition of an objective reality, priests and clergy enjoy the freedom to simplify and place complex human conditions into neat boxes labeled right and wrong, with the ultimate goal of maintaining control and compelling conformity. The law, on the other hand, is here to curb just that kind of abuse.

We should treat abortion as a human right — a messy right, no doubt, but an essential right that cannot be separated from the country’s pursuit of a more just and equal society. In telling my story, I hope to provide more food for thought in one of the most exciting political movements I have witnessed since deciding to make Argentina my second home so many years ago. 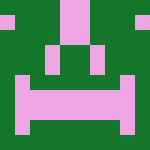