No Love Lost: A Brief History of Argentina and the IMF

Last week, negotiations continued in Washington toward an IMF Stand-By Arrangement (SBA) for Argentina. The negotiations with the IMF have dealt another blow to the government’s popularity, which has reached new lows in recent months. On Friday, thousands took to the streets to reject a potential agreement with the IMF and the “model of political and economic dependence.”

The checkered history of IMF interventions in Argentina serves to explain the current discontent. Many believe that the IMF’s policies have primarily served the interests of foreign creditors by enabling the country to take on unsustainable external debt loads and enforcing domestic spending cuts. Economic historian Noemí Brenta said that the Fund has “a very explicit co-responsibility” for its role in Argentina’s economic crises.

Since becoming a member of the IMF in 1956, Argentina has turned to the Fund for SBAs on 18 occasions, other conditioned loan packages in three instances, and non-restrictive funding eight times. Of the 50 years between 1956 and 2006, the country was under an IMF program for 38. Arrangements with the Fund—the loans and the austerity conditions that typically come with them—have been a nearly constant feature of Argentina’s economic policy.

Relations between Argentina and the IMF were strained from the start. The country was not invited to the 1944 Bretton Woods conference that established the IMF and World Bank because it had yet to join the Allies in World War II. In 1946, President Juan Domingo Perón received a letter inviting Argentina to join the Fund. He declined, calling the organization an “imperialist spawn.”

The self-named Revolución Libertadora, which overthrew Perón in 1955 as the country neared a default, imposed a new economic program and formally joined the Fund in 1956. The policy changes required for admittance to the IMF suited the reforms that the military government wanted to implement. Bilateral trade agreements were replaced with multilateralism and state-controlled corporations privatized.

The military government took loans from foreign creditors to finance projects and continue servicing its debts. As public debt continued accumulating, the dictatorship turned to the IMF to help finance payments to creditors. In 1958 Argentina signed its first SBA with the Fund for US $75 million. New SBAs were signed in each of the next four years for US $100 million. In spite of the IMF’s supervision of the economy, debt continued to grow to unsustainable levels and another coup deposed the government in 1962.

In 1966, a coup returned the country to a military government, which again enacted free-market, capitalist reforms. The government ran a fiscal deficit and sold foreign debt to fund the spending. In 1967 and 1968, the IMF granted Argentina two SBAs.

1976 brought the beginning of the last military dictatorship, the start of the “dirty war,” and more free market economic reforms. In the global economy, a flood of dollars from petroleum-producing countries had pushed down interest rates and thus spurred demand for higher-return debt from developing economies. The military government again sold external debt in order to finance fiscal shortfalls and quickly resorted to the IMF for backing. The Fund offered SBAs to Argentina in 1976 and 1977. After several years of heavy foreign borrowing, including illegitimate debt contracted by military officials, the government stopped making debt payments in 1982, but did not yet enter default.

In the 1980s the IMF participated in several efforts to get the Argentine government back on track with its debt payments. A string of economic reforms beginning with the transition to the Austral currency sought to rein in inflation and enforce fiscal discipline. The IMF contributed four SBAs signed between 1983 and 1989 with a combined total of over US $4 billion. Foreign banks began lending to the country on the condition that Argentina continue to accept IMF lending, which served as a measure of insurance to creditors. However, inflation remained uncontrollable and the country officially entered default in 1989.

Carlos Menem assumed the presidency in 1989 in the midst of an inflationary crisis (inflation exceeded 5,000 percent that year). Menem ushered in a return to liberal, market-based reforms in line with the Washington consensus. The government instituted a new currency at the fixed exchange rate of one peso to one US dollar (the “convertibility” system) and traded old debts for Brady bonds (named after US treasury secretary Nicholas Brady). Argentina signed two SBAs for a combined US $1.5 billion in 1991 and 1996 as the government once again sought funding from international credit sources.

By the late 1990s, economic growth had stagnated and debts were accruing at an ever-faster rate. The fixed exchange rate tied the government’s hands—unable to devalue the debts by printing currency, Argentina borrowed more just to service its existing debts.

The convertibility system appeared unsustainable, but the IMF and Argentina ultimately signed SBAs in March 2000 and January 2001 in attempts to bring the country back from the brink of default. Combined, the two loans made over US $22 billion available to the government (Argentina eventually drew over US $15 billion of that sum). In late 2001, the country defaulted on nearly US $100 billion in debt, at the time the largest sovereign default in history. In January 2002 convertibility was abandoned and the peso promptly lost three fourths of its value against the dollar.

The ensuing economic crash caused a social crisis of massive proportions as unemployment soared and output shrank. In a report released in 2004, the IMF Independent Evaluation Office acknowledged that the Fund had made the crisis worse by offering financial backing and supporting convertibility, without realistically examining Argentina’s ability to pay back the loan. The report read, “In retrospect, the resources used in an attempt to preserve the peg could have been better used to mitigate some of the inevitable costs of exit.”

In 2005, Néstor Kirchner’s government announced a lump sum payment covering the total of Argentina’s debt to the IMF. Kirchner boasted that the move would provide the country more autonomy in its economic policy and visits from IMF staffers to review the country’s finances came to a halt. Deals with foreign creditors in 2005 and 2010 restructured most of Argentina’s defaulted debt at a rate of 35 debts on the dollar, but a handful of “vulture funds” held out for full repayment, with interest.

When Macri was elected in 2015, he promised to re-insert Argentina into global markets. His first moves included paying off the vulture funds, and inviting the IMF back to audit Argentina’s finances. The government has returned to international credit markets to finance the fiscal deficit and rejoined the IMF as a member. Brenta noted that, “There’s an enormous affinity between the policies, the kind of economy, and the kind of society that the [Macri] government wants to form, and the kind of economy and society the Fund foments.”

While the current government’s support of neoliberal policies has thawed Argentina’s relationship with the IMF, the weight of history means that many Argentines are unlikely to warm up to the Fund anytime soon. Historian Alejandro Olmos Gaona said, “The IMF has always been a symbol of austerity policies, increase in poverty, and labor insecurity.” As another IMF arrangement will likely bring further fiscal tightening, this perception is unlikely to reverse any time soon. 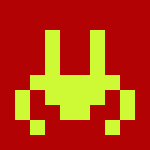