Beyond Malbec: Five Different Local Wine Varieties You Should Try

Uncork a different varietal at your dinner party for a change

Argentina is very proud of its Malbec wines. And it has reason to. The country appropriated a variety that was considered second-rate in France and made wines of the highest quality, which placed the nation on the world map. Currently, it’s estimated that 18 percent of the total surface of vineyards in the country belongs to that variety and 60 percent of exports are Malbec wine.

“Argentina is the image of Malbec around the world”, says Leandro Azin, a winemaker from Casarena, a winery in Luján de Cuyo, located in the west of Mendoza. “It is difficult for other varieties to compete with that in the market. Our winery produces more Cabernet Sauvignon than Malbec. But we are an exception. The rest produce 70 or 80 percent of Malbec. For example, you can produce an excellent Merlot, but if you want to sell it you have to compete with France. It’s not easy at all!”.

OK. So we all love Malbec and regularly enjoy a bottle with an affordable price tag (especially when compared to other markets around the world.) But what’s beyond that? What other varieties are we missing in Argentina? If you are truly interested, we’ve put together four types of wine you should try in this country when you finally get bored of the same old, same old.

The Petit Verdot is not one of the main varieties here, but not trying it would be a huge mistake. Produced in Agrelo (Luján de Cuyo) a thousand meters above sea level, the grapes were harvested manually with a large selection of the best clusters in 2015. This wine has been kept for a year in French, brand new oak barrels and a first sip will let you savor berries as well as spices and chocolate. Try it once a forget about malbec.

These two wines are not only rare in Argentina, but the whole winery is a rarity of its kind. Costa & Pampa is the first coastal winery in the country, growing in a maritime climate. Considering most vineyards in Argentina have always been located by the mountains, producing wine by the Atlantic ocean is certainly intriguing. After several soil tests, the Trapiche company decided to try a few varieties that until now had barely been exploited in the country: Pinot Noir, Riesling and Gewürztraminer, among others. The new launches continue to explore this innovative line, with wines that can be a summer hit along the coast, since the winery is located only 20 kilometers from Mar del Plata. The new labels offer light and fresh wines, with hints of white flowers, peach and apricot. Manual harvest and all the influence of the sea in two wines that can be enjoyed best just in time for the spring/summer season.

Salta is increasingly known for its Torrontés, also known as the “queen” of white varieties. El Esteco surprises us with a production in the northwest provinces, but with Merlot grapes. The challenge is not simple, since they are producing a grape that’s made by some of the great wineries of France and that some know as “the preferred wines of the aristocracy”. Well, I gotta tell ya, this Merlot from Salta has nothing to envy them. It has a black tone as a result of aging for 15 months in oak barrels. Another useful fact: the same winery produces an excellent Tannat within its Fincas Notables line.

Torrontés (But from La Rioja)

In Argentina, everyone thinks of Salta when talking about Torrontés wine. Did you know that the grape actually comes from La Rioja? Imagine drinking a glass of this white wine in the winery that produces it, surrounded by the Velasco and Famatina mountain, at the foot of the wonderful Cordillera de los Andes. Aromatic,  floral and easy drinking wine. The winery is not widely known in Buenos Aires, but its wines are available in some restaurants and wineries.

The Arizu family, owner of the Luigi Bosca winery, has been producing wines in Argentina since 1901. They know a lot about wines! With this wine, they take the risk of working with a grape little known in Argentina. Pinot Noir is the most elegant and complex red wine in the world. But the Arizu family trusts its history and the terroir in Mendoza. Ideal for drinking it on a special occasion (or maybe the special occasion is when you open the bottle).

There are almost 200 varietals registered in Argentina’s National Institute of Viticulture and we know it could be hard to try them all but consider this start. Good luck! 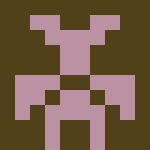 After months of taking precautionary measures to fight the coronavirus, it looks like a lot of people have decided they’ve had enough.