In its 18th edition, the event celebrates documentaries from all over the world

Mark your calendars: the 18th edition of Doc Buenos Aires will kickoff this Thursday and will run through October 24th. As usual, it will be celebrating some of the most reputable cinematic documentaries at both the national and international levels.

In six venues across the city, you’ll have the chance to meet “celebrities” of this niche realm of the documentary world, including Betania Cappato, Luciana Radeland, Avner Faingulernt, and many more. This means that you can watch a cool documentary, but also be in the same room as its director to ask him questions about what you just saw. Quite an experience if you ask me.

Dora García will get the ball rolling with the opening film, Second Time Around; a depiction of the political going ons of Oscar Masotta while The Ghosts of May ’68 by Jean-Louis Comolli and Ginette Lavigne will close the documentary festivities.

Even though this event isn’t as well-known to those outside the industry, documentaries have been growing in popularity for a while now – specially with the likes of Netflix focusing a lot of their resources on the production of non-fiction material. With five different sections that combine a variety of different films from all over the world, there is something for everyone; from Middle Eastern politics to astronomy.

Given the extensive selection, The Bubble has compiled some recommendations to prevent you from getting stuck trying to figure what to see.

This Argentine documentary set in the country’s second-largest city has no director and instead is made by a collaborative group. The fact-based film paints a poetic, yet political portrait of Córdoba, built around the Suquía river that runs through the city. It illustrates the contrast between urban and rural life, with images of horses eating rubbish and the locals protesting about the environment and other political concerns. This is an important depiction of life outside of Buenos Aires, which will make you more politically aware of other areas of such a vast country that are often forgotten or ignored.

Set in the astronomic observation center in Santa Fe (CODE) it explores the lives of Frankie (an 88-year-old astronomer) and two youths who are also intrigued by the field. Its pivotal focus is how these different generations have dreamt about conquering the unknown worlds in outer space. The female mastermind behind this creation, Betania Cappato, tries to implement an extraterritorial feel to her filming down here on Earth, intensifying the natural occurrences we see every day.Even if you’re not into astronomy, it’s definitely a way to learn something out of this world (quite literally).

The controversial film, produced and directer by Frederick Wiseman, portrays the squalid conditions at The Bridgewater State Hospital for the criminally insane in Massachusetts back in 1967. Here it displays a hospital where inmates were stripped naked and essentially tortured by guards. More astonishingly, this classic was famously banned prior to its planned premiere and was only later released to the general public in 1991 when the majority of the inmates had died, as privacy concerns were no longer an issue.

Wiseman is a filmmaker that tries to depict the reality of life in America and is one of the masters of verite fly on the wall  films. At 83 years of age, the guy is still dishing out amazing films at an astonishing rate of one a year. Doc Bs As will also be screening one of his more recent works, the New York Public Library (2017), a film that goes behind the scenes of one of the greatest cultural and learning institutions in the world.

The Political Doc Pick: In the Desert – A Documentary Diptych

This documentary portrays the stories of two shepherds in South Mount Hebron that couldn’t be more different. One belongs to a Palestinian family and the other to a Jewish family with one common territory: the hills of the West Bank. The Palestinian, Omar, has two wives, several sons, a job in Israel, and a house in Yatta, but decides to move to Al Majaz to herd sheep like his ancestors before him. The Jewish man, Avidan Ophir, builds a farm near the place where he was born, Susiya, and wants to have his flock spread all over the hills like in Biblical times.

This film will open your eyes to the brutality of living in the desert and the volatile politics in the area. Considering the gravity of the political situation in the Middle East in the present day, it’s a matter that everyone needs to be informed about. The Historical Doc Pick: The Ghosts of May ’68

The French documentary focuses on the events of May 1968 in France, when thousands of students demanded the reform of bourgeois university system and an end to the police state. This led to days of running battles in central Paris between students and police. Hundreds were injured and nearly 500 students arrested.

Fifty years later, the directors Jean-Louis Comolli and Ginette Lavigne, have included television footage and recordings of the event to try and bring back a story that has perhaps begun to be lost in time.

This will be the closing film to DocBA and is worth a watch due to the importance it represents in terms of politics and society, illustrating how the French nation became disheartened and fed up with the current capitalist system. 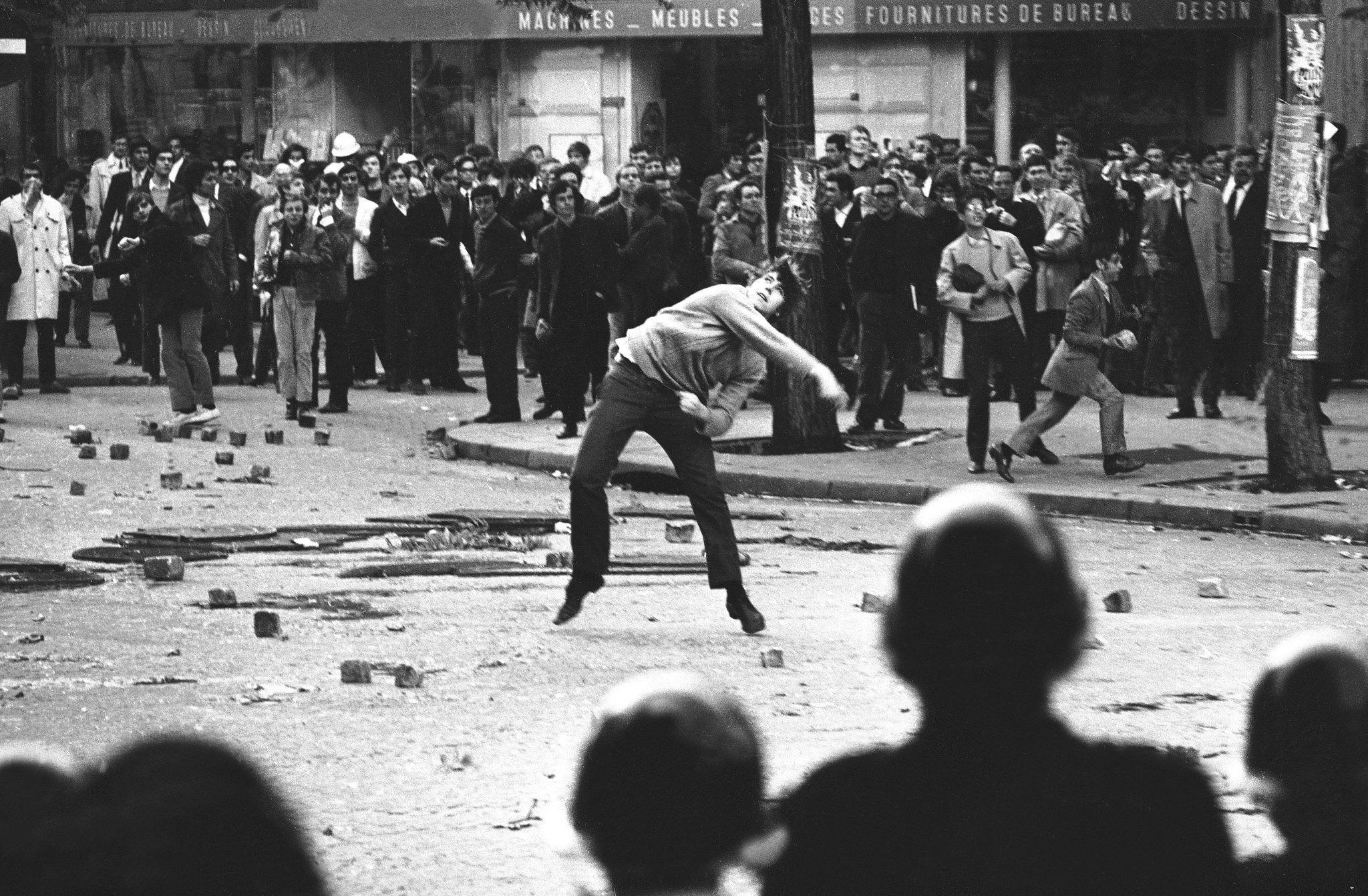 (Photo via the New York Times)

If you’re a film geek or not, this will be an unmissable event that will allow you to explore the documentary world and its makers. Check out all venues and prices below.