Without having to stop producing, big cities are now forced to curb the consequences of the global economic system and climate change. Green infrastructures are an alternative to traditional construction designs. They help our increasingly and excessively industrialized planet to change its old, unsustainable ways. Green roof systems, green walls, constructed wetlands, permeable pavements and other sustainable urban drainage systems (SUDS) are intended to counteract the impact of global warming which is evident in large cities.

Sustainable constructions have been hugely important to the development of the construction industry. Extensive green ceilings were developed to be light-weight, which allows them to cover large areas; artificial wetlands allow for the treatment of greywater and its recirculation, generating substantial water savings. These rainwater retention systems have additional benefits: to allow the control of flooding in low-lying areas, and to lessen the volume to be treated in wastewater treatment plants.

Big cities with large impermeable areas present great problems such as runoff and flooding, both caused by heavy rain. In order to manage these phenomena, effective solutions have been implemented in some countries; there are laws in Europe and the United States which promote the implementation of these green technologies in both public and private buildings (which means better control of buildings and their surroundings as they are less susceptible to these destructive natural phenomena). In France and England there are very strict laws that promote the construction of SUDS and green infrastructure. More than 15% of Germany’s roofs are green already. In Latin America, cities such as Bogotá and Buenos Aires have already presented sustainable construction solutions for over 7 years, becoming pioneers of these technologies in the region.

Runoff generated by heavy rains is a major danger to the a city’s infrastructure and inhabitants. It causes, in many cases, streams, floods and even street pollution due to the backflow of sewage, which can then lead to digestive and respiratory diseases. This also represents a great additional cost for the government, who has to pay to repair any damages and treat any illnesses caused by the variability of phenomena such as rain. The changes seen in large cities with green infrastructure are very significant, with the contrast plants provide against concrete or bricks being widely accepted by users and bystanders. People living in big cities have seen their quality of life increase as a result of having contact with some form of green infrastructure.

These kinds of sustainable solutions are very effective in all types of climatic conditions, regardless of geographical location. They can provide solutions to areas suffering from a range of issues, from excessive rainfall to arid desert zones. Typically, these types of projects are proposed in order to prevent water bodies — such as rivers, lakes or seas — from flooding. In some cases — the city of Buenos Aires for instance — having very variable temperatures and conditions throughout the year makes it a highly suitable place for these types of solutions to be implemented. They can help to the control the inclement weather during rainy months, where the runoff generated by waterproofed areas causes flooding, poor health, and great economic losses. Right now, Peru is going through its rainy season, which can be extremely problematic; it forces us to consider what course of action would be the best solution to a problem causing, in extreme cases, the loss of human lives. It is the inclusion of these sustainable design schemes in large cities within Latin America that show promise of generating economic gains, improving health and maintaining infrastructure. 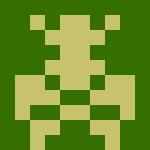