Gone Forever: Buenos Aires Architecture We Wish We Could Have Seen

The City of Buenos Aires is an odd mash-up of eclectic styles, with architecture that rivals some of the most iconic European capitals amid far less impressive modern buildings. While marveling at the eclecticism of the Palacio Barolo or the majestic Beaux Arts styles of buildings like the Palacio San Martín it’s inevitable to wonder whether Argentina’s capital was once all like this.

The short answer? Yes. Quite a lot of the City was once this grand but the reasons behind the disappearance of much of this heritage varies from a lack of conservation laws to major public works, such as the expansion of the 9 de Julio avenue and creation of the 25 de Mayo highway. The losses are too many to count, but here are four we find to be particularly notable.

The World’s Fair was a big deal in the late 19th and early 20th centuries, with countries spending lavishly on mostly useless buildings as a matter of prestige. By the 1889 Paris World’s Fair, Argentina was a young and prosperous country on the rise and what better way to show this than to join the elite club of nations in attendance. Though not as impressive as the Eiffel Tower, which was also built for the fair, the pavilion proved to be a success and the entire building was moved to the Argentine capital after the expo concluded.

By 1910, it re-opened as the National Museum of Fine Arts (now in Recoleta) for the centennial celebrations of the May Revolution, which neared the levels of ostentatiousness seen at the World’s Fair. The whole thing was torn down in 1932 to expand the Plaza San Martín in Retiro since apparently moving it twice was not an option. The silver lining is that most of the buildings from the expos were designed to be torn down (yes, even the Eiffel Tower was originally scheduled for demolition) so the pavilion was lucky to survive as long as it did.

Fun fact: There were a number of pavilions built in Buenos Aires for the centennial which were equally as impressive as this one and all were torn down except for one, which remains abandoned and wedged between the mosque and Jumbo supermarket on Int. Bullrich avenue in Palermo.

Coliseo Theater and Circus — demolished in 1942

Opening its doors as a circus in 1905 and later becoming a theater in 1907, the Coliseo competed with the likes of the Teatro Colón in entertaining the porteños of the time. Aside from its stunning structure, the theater is most notable for being the site of the first musical performance broadcast by radio in Argentina, beaming out Richard Wagner’s opera Parsifal in 1920. By 1937 it had been acquired by the Italian government in order to house the consulate there. But the plans were put on hold with the outbreak of the Second World War. By 1942 the building was demolished to accommodate the consulate, though given Italy’s unstable post-war economic condition, it was turned back into a theater by 1961, albeit of a completely different design. The new Coliseo is still operational and can be found at the site of the old building located on Marcelo T. de Alvear 1125.

If you take a detour away from the busy avenues of Cabildo and Luis Maria Campos, there are small time capsules in the form of the private residences built by the well-to-do Dutch, British, Italian and other migrants who brought over their own architectural styles to the city. These are usually nestled in between the large tower blocks that began to replace them in the latter half of the 20th century, but still offer a hint of what the neighborhood once was—an affluent suburb that seemed a million miles away from the City proper at the time. Though this dramatic change is far from unique to Belgrano, it’s probably where the lack of conservation and building regulations is most evident, with numerous small treasures — each more impressive than the last — lost forever to property developers.

Built in 1909, during what many consider Argentina’s architectural high point, the building served as one of the residences of the powerful Anchorena family, famously cited in Martín Fierro as a prime example of Buenos Aires’ landed bourgeoisie. It was one of many hôtel particulier themed residences of the time, like the Palacio Errázuriz Alvear on Libertador Avenue (today the Museum of Decorative Arts). As was typical with these families, they lost their wealth through successions of inheritances and ended up fading away from the annals of history. The building was passed on to relatives in two halves, with one half choosing to sell off their half to developers who then proceeded to demolish it, while the remaining half was later demolished in 1969. On its site today stands an unimaginative glass box next to the Plaza San Martín, surrounded by the more fortunate Palacio Paz and old Argentine Foreign Ministry building. 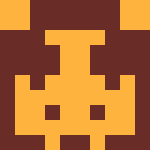