Get Yo’ Freak On, Argentina. It’s Valentine’s Day!

Is it really that time of year already? In a country that already wears its heart on its sleeve, is another day celebrating el amor really necessary? Probably not, but it’s a good excuse to get out there and make hay while the fading summer sun still shines. Hooking up makes the world a better place, and judging by the latest slew of mala onda taxi drivers I have had in the recent past, everyone could do with a bit more lovin’.

Finding someone who is up for some afternoon (well, morning, evening…anytime really) delight is as easy as adopting a stray cat in this city, so what’s stopping you? Fidelity? Surely not. Monogamy? Never. Lack of suitable partners?? Eh, have you SEEN the beautiful man/woman serving you your café con leche? Argentina was built on Italian roots, and the apple doesn’t fall far from the pulsating, red-blooded tree.

However, it seems to me that some of us are resting on our laurels when it comes to seduction. Just because they serve succulent, mouth-watering steak on every block, doesn’t mean you eat it every day, and the same goes for getting it on. Passion courses through the veins of this country, and if you’re not taking advantage of it on this amorous days, then hop on the fastest boat to the Antarctic and build yourself an igloo, ‘cos you’re just taking up space.

Valentine’s Day generally elicits sneers from both those in relationships and those flying solo. If you fall into either of those categories, or anything in-between, then keep reading. What I propose is that, instead of hating the Valentine’s game, kick its ass by being the best player on the team and “sexperiment” with some of our ideas below. Get your mind out of the gutter you filthy minx, that’s not what I meant. I’m simply saying that Valentine’s Day should be taken for what it is, a good reason to get to grips with the opposite/same/fairer of sex, so read, replenish and get ready to hunt, cos mating day is about to begin.

I often lament my lack of a smartphone for the very reason that I cannot avail of the awesomely shallow fun that Tinder offers to us. Tinder has changed the face of dating sites, and where once only the old, sad and single resided, the dating platform that Tinder provides appeals to a much more modern demographic; young professionals who are too busy juggling a (more than likely unprofitable) schedule to find that special someone.

Free from the shackles of stigma that even successful dating sites like Ok Cupid or Match.com still have attached to them, Tinder is based on a much more natural premise: physical hotness. Gone is the awkward self-sell of crafting the perfect profile, praise the lord! Is it a phone app? Yes, but sometimes it feels more like a game, and we all know how much we like to play games here in Argentina. Tinder is basically a game of hot or not, where you enter your location, age range and Facebook account details, and are presented with a list of eligible bachelors or bachelorettes (we hope) in your area.

Then you simply swipe to the right if you’re like the look of the guy or gal, to the left if you’re don’t. Only if you both like each other is the swipe declared a “match”, which is one of Tinder’s unique selling points; this site is rejection free, hurray!!! There’s nothing worse than declaring your undying “like” for someone online only to be brutally rebuffed by a stranger you’ve never even met. One a match is made, chats start almost instantaneously, meaning that if you get online RIGHT NOW, you will probably have yourself a date within the next 15 minutes. Go! Hurry!

The nice thing about Tinder is that it is akin to a real life situation, thus its popularity. It connects you with someone you find attractive, but luckily, whatever hesitation you might have about approaching them in the physical world is completely dissolved in the virtual world. Especially because you can’t talk to someone unless they like you back. So go forth and log on people, do it for St. Valentine!

I’m not from here. I’m from an intensely Catholic, Northern European country, where booze and prayer are what we have traditionally used to keep us company on those cold, lonely, rainy nights instead of the pulse of the living person in bed beside us.

So, the idea of a telo, a pay-per-hour hotel that you go to do one thing and one thing only, is enough to make my countrymen run to the nearest confessional, their hands wringing in sin, begging for eternal forgiveness. Where I’m from, a telo would probably be illegal. Not so in Argentina. No sir-eeeeee. By virtue of the maddening economy and incredibly long university cycles, young adults end up living with their parents until they are well into their late 20’s, so from as soon as those hormones start buzzing in their teens, Argentines have headed to telos to get it on.

Although a staple of Argentine culture, most people my age (I tick the 20 – 35 box. This box gives me a lot of room to maneuver.) who now live alone would never dream of going to a telo. FOOLS I SAY. Telos are AMAZING, aside from the Catholic guilt of course. It’s like going on a mini-break for one night only, where your room can come equipped with a steam room, Jacuzzi, TVs showing porn (if that’s your thing, it ain’t mine), mood lighting, romantic music and mirrors galore. They also have room service, but what you order really depends on the kind of night you are planning to have; they deliver everything from pizza to sex toys, although you need to rent the latter, which really creeps me out.

Many friends I know who are in relationships have never been to a telo with their significant other, while other liberals tend to frequent them with alarming regularity (no judgement). Whatever, telos are fun, because getting jiggy is fun. If you’ve never been, make like Dirk Diggler and grab your spouse, lover or one-night hugger for a few freaky hours this Valentine’s eve.

PICK UP A PIROPO

Technically, you’re supposed to hate piropos, right? When you’re walking down the street and someone makes some sort of complimentary/insulting/sexist comment about how you look or what they’d do to if they ever had the good fortune of getting with you? Well, technically, I do hate them. But this would never happen where I’m from.

Getting a guy or girl to say anything romantic to you (not that I think piropos are romantic) is like drawing blood from a stone at times. So given how accustomed I have become to this, maybe I can never go back home to Ireland for fear of feeling unattractive forever more. But what if, HYPOTHETICALLY, you were to take a day off from your hatred of being leered at in public, and what if that day was today? What if, instead of ignoring the garbage coming out of the passer-by’s mouth, you actually took them up on their offer, or at least engaged them in some mock-flirting? Imagine the shock, imagine the horror! Would it be worth it for the story?

Probably not. Or maybe you could turn the whole game on its head and actually say a piropo to someone else?! Yes, this one is better, because you still have control. Use this line as a test…”Tenés el Maradona de los culos!” That means, “You have the Maradona of asses!” It’s just cheeky (ha, get it?!) enough to get some sort of reaction. Just a thought. If anyone does do this, please feel free to let us know how it worked.

So, the above experiments might be too wild for you. Maybe you have been scared off the thought of Valentine’s Day for the foreseeable future because it sounds like too much effort.

Well, never fear, because you always have the good old reliable art of conversation to fall back on. Yes, that’s right, words. Words are primitive yet effective, and friendliness is disarming.

Fact. No one can be a douche to you if you are nice to them. Unless they are just an actual douche, but there’s nothing you can do about that. As societies go, the Argentine one is incredibly open, and you will rarely get a look that says “Why the hell are you talking to me when I don’t know you?” if you engage someone in conversation. People’s social receptors are highly-tuned here and, as we have already gleaned, people in Argentina are “down for anything.”

The next time someone you like undresses you with their eyes, offers you a sip of their Fernet or asks you for a lighter when it’s clear they don’t smoke, take it as a sign and strike up a conversation. “Hello” is always a good start. And the playing field stretches far and wide. A guy asked me for my Facebook details once on the bus to Belgrano. I lived in London for 4 years. Little British piggies would fly before this would happen. This one really is fool proof, but avoid topics like the Kirchners if you don’t already know which side of the fence they are on! Spread thy wings and fly, fly my pretties!

So, there you have it. Ditch the saccharine cards, bunches of flowers and boxes of chocolates and let’s bring it back to basics. Give your neighbor some sugga and get busy getting’ busy, cos hey, as well as being Valentine’s Day, it’s also Friday, so not one but TWO reasons to get that culo off the couch and shimmying up to someone cute! If you need me, I’ll be here, stuck to my computer writing about the politest way to get someone to leave your house the day after the night before. Probably. And if you have any other top tips, don’t be shy and share them with us below. Happy hunting folks, may the force of luurrrvvve be with you today. 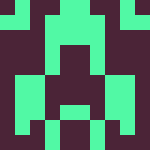