The primary topic of conversation? Venezuela.

Trump reportedly kicked things off by acknowledging the severity of the situation in Venezuela, saying that “the socialist dictatorship of Nicolas Maduro has inflicted terrible misery and suffering on the good people of that country… This corrupt regime destroyed a prosperous nation by imposing a failed ideology that has produced poverty and despair.”

While Trump has previously displayed his willingness – some might call it eagerness – to use military force in Venezuela, Latin American leaders have consistently rejected the use of military force, and maintained the necessity for a peaceful solution.

At the dinner, Mr. “We will ‘totally destroy’ North Korea” Trump did not make any specific references to military actions against Venezuela, but he did say that the US had to “take important steps to hold the regime accountable.”

As has been the norm, the Latin American leaders pushed their positions of peaceful resolution.

Colombia’s Santos, whose country shares a large border with Venezuela, asserted that diplomacy and negotiation were the only paths towards pushing Maduro out of power.

“Everything takes time, but we have to find a peaceful solution to this matter,” he argued.

During her turn to speak, Michetti said that “the position of [the Argentine] government has been very firm from the start on the condemnation of human rights violations and lack of free elections, and transparency of Venezuela.”

We’ll see how this all works with Trump. 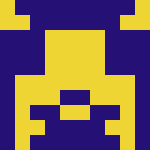