Flying With LATAM In The Next 15 Days? Best Double Check Your Flights

Crew members with LATAM airlines said they will be carrying out surprise strikes over the next 15 days because there’s been no progress on calls to re-open wage negotiations with the company.

“If things continue like this, and if we keep seeing this lack of will, we will hold strikes in the next 15 days,” said Paula Marconi, general secretary of a cabin crew union.

If the strikes do take place, they would affect both the Ezeiza international airport and Aeroparque and would span both domestic and international flights.

LATAM is Latin America’s largest carrier that was formed in 2012 from the merger of two big aviation companies down south, LAN Chile and TAM Brazil. It’s had a rocky couple of years, partly influenced by Brazil’s economic woes, though it has bounced back in 2016. 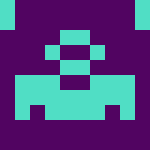 Back to reality: a year of Central Bank struggles

Foreign currency reserves fell again in November, though sales were significantly smaller than in previous months