The beatification of José Gabriel Brochero in September 2013 Source: Government of Córdoba
Share

Today is a beautiful day in the Vatican: Pope Francis has signed a decree to canonize José Gabriel Brochero, which on any other day you wouldn’t care about, but today you do because he’s Argentine. (Or as Clarín hilariously writes, “100 percent Argentine”).

There must be a whole lotta Fernet being passed around at the Holy See today.

Fernet is to Argentina as…

The Córdoba native, also known as the “gaucho priest,” will be the first saint who was born and died in Argentina. Brochero, who was beatified in September 2013, has officially met the four steps of canonization,  the process of declaring a deceased person a saint in the Catholic Church.

Brochero’s fourth step to sainthood was, according to the Church, attained last September among a congregation of seven doctors who approved Brochero’s second miracle, the healing of a 10-year-old girl from San Juan who had suffered a stroke two years prior.

So congrats. For the rest of you looking to make it to sainthood, though, I recommend you skip the miracles, go the easy route and have Kanye’s child. 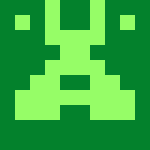