A guide to all the must-see films in Buenos Aires this month.

After a few days of sweet relief in August, it pains me to announce that the cold weather is back. But on the bright side, so are a brand new set of ciclos de cine, or film series, to make sure you have at least on reason to leave the house in September. And I know you may be thinking, “why would I if there’s Netflix and a couch at home?” Well, I can promise you Netflix doesn’t have the fantastic, surprising and heartwarming films you’ll find at some of the coolest venues around Buenos Aires this month. I mean how many times are you really going to re-watch Friends or The Office? From Hollywood classics to Tarantino and all the weird stuff in between, this month’s film series in Buenos Aires have got you covered. For a more comprehensive list, check here.

Every tourist, Argentine, and expat alike knows MALBA as a must-visit destination for visual arts in Buenos Aires. However, what many people never realize is that it also has a big name in the film community as a space for independent and foreign cinema to flourish. This month MALBA has programmed an homage to the best of the last seven years of Bazofi. Bazofi is the independent film festival the museum holds during the same time as BAFICI, the Buenos Aires International Festival of Independent Cinema, which kicks off every April. Think of Bazofi as BAFICI’s extra weird and artsy little brother.

This month, the museum will screen the “greatest hits” of Bazofi on weekend nights to hold over fans until its next new installment. From animated films like Nausicaa of the Valley of the Wind by Hayao Miyazaki, to the 1971 indie-drama Melody by Waris Hussein, MALBA promises to impress with a ciclo of lesser-known films you’ll be glad you discovered. A full itinerary is available on the museum’s website.

If you prefer your film with a little social justice mixed in, then the Casa Nacional del Bicentenario is a venue you need to visit this month. Beginning on September 11th until the 22nd, it will be a screening location for CineMigrante, or the International Festival of Film and Human Rights of Migrants. During CineMigrante, 72 movies will be shown around 37 cities worldwide; Buenos Aires has been participating since 2010.

The festival aims to improve understanding of the conditions of migrants, generate empathy, and highlight film as a vehicle for social change. More information about the festival can be found at their website. The screenings are divided into sections by topic, with the two main themes being women’s rights and Brazil. Films include The Ties That Bind, Baronesa, and November, and entrance into all the festivals film screenings are free. While these movies might not be your typical blockbusters, they’re sure to expand your mind and open your heart.

Photo via Film at Lincoln Center

Any real Quentin Tarantino fan knows that the director, writer, and producer plans on making ten films in his career and that’s it (well, Death Proof excluded). And if you’ve been keeping track, then you may have noticed that after this winter’s blockbuster Once Upon A Time in Hollywood, which is currently still in theaters, that only leaves one film left for Tarantino before he retires. But don’t fret if you’ve missed a film or two along the way, this month at Cultural San Martin, they’ll be screening every Tarantino film throughout September so that you can catch up with his works and finally call yourself a true film buff.

This month at the Teatro San Martin, they’ve dedicated their ciclo to remembering a transformative global event, the start of World War II on September 1st, 1939. In commemoration of the war’s 80th anniversary, the theater will screen fourteen classic Hollywood films made by European directors, many of whom were exiled from their homes due to the Nazi occupation. Featured directors include all-stars like Fritz Lang, Alfred Hitchcock and Ernst Lubitsch, and showings will take place every day through September 18th at 2 PM, 4:30 PM and 7 PM. Classics like Casablanca and To Be or Not to Be are on the roster for this film series, so be sure to make it out if you’re a fan of good ole fashion talkies.

This last one isn’t a “ciclo” per se, but it is an absolute must-see pop-up film event happening here in Buenos Aires. Located at the posh Anselmo Buenos Aires Curio Collection by Hilton hotel in San Telmo, FESTIN puts on the ultimate version of dinner and a movie. Every month the theme centers around a different country, where a classic movie from that locale is screened while a renowned chef prepares some tasty local treats to match. Last month’s country was India, and so guests watched The Lunchbox and chowed down on food made by Rabindra Nath. This month, the location is… (drum roll please) Italy! If this sounds like your kind of event, ticket information can be found on FESTIN’s Instagram or Facebook pages. You can also read the write-up we shared a couple of months back. Entrance costs $2000 pesos, but comes with lots included. One ticket will get you access to the welcome reception, movie projection, a multiple course dinner, and free drinks all night long. 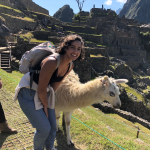