The winter months are behind us, and spring has officially sprung. This means we can finally break from the cocoons we made for ourselves and get back to interacting with something other than a Netflix account. And since we want to encourage a healthy social life, what better place to start than with dating.

Going out is pretty expensive. It doesn’t matter whether it’s your first date and want to impress your potential SO, or if you’re already in a two year relationship where the two of you spend the night looking at your phones. If you intend to spend the night out on the town, chances are most of the options involve ponying up a rather large amount of pesos.

However, it doesn’t have to be like that. We at The Bubble are here to help you have a good night without the emotional breakdown when you check your account the following morning. In order to best assist you, we’ve up with three fancy date night ideas for under AR $1000.

Now, we’re starting a little earlier than normal for dinner, but who can pass up on La Cabrera’s Happy Hour, which takes 40 percent off the whole check? Arguably one of the best parrillas in the city, La Cabrera starts its happy hour at 6:30 and ends at 8 p.m.

However, the best part about La Cabrera — other than happy hour — is their portion size. It’s definitely possible to split a whole meal between two, including a bottle of wine, while still paying less than AR$420 after the discount.

The restaurant has an extensive menu designed with everyone in mind, but, of course, they focus on meat. The main entrées include skewers, rib-eyes, chorizos, and much more. There are also two different types of pasta options: homemade fusilli with olive oil and mozzarella and ham raviolis.

Or you could go to Parrilla Peña, an authentic bodegón in Buenos Aires. Unlike the others, this spot is a bit off the beaten path and a must for those who want to be served in a more traditional way. Once seated, the waiter will bring empanadas to start, then the main entree of choice for the night, like tenderloin, rib eye, or thick steak fries, followed by a bottle of Malbec wine and homemade tiramisu to cap it off.

Stomachs full of happiness, head south to the Centro Cultural Kirchner building. The once abandoned central post office turned massive cultural center is a must-see and a must-do. This building has multiple art galleries, event spaces, and auditoriums. Chief among them is the so-called Ballena Azul (blue whale), a concert hall with world-class acoustics that seats up to 1,800 people.

Besides the Center’s beautiful, incredible architecture, most of the events it hosts are free to the public. Tango, Jazz, and Orchestra concerts some of the genres you can enjoy. Getting the tickets is fairly easy: either reserve them online or ask for them at the front desk in advance to save a spot at any of their showings.

You could also head to La Catedral. It may look like a grungy warehouse, but it’s actually home to some of the best tango dancing in the city. Not only can you watch, but you can learn how to dance in a comfortable atmosphere. They offer classes with an instructor that cost AR $100 per person. This is a great place to let the nerves fly away and have a memorable date while also watching tango lovers do what they do best. And the best part? You can go at any point of the night, since it’s open until 4 AM.

Finally, the majestic Teatro Colón never fails. One of the city’s main performing arts venue, el Colón houses a world-class forum for opera, ballet, and classical music. Tickets are as cheap as AR$ 80, but as expensive as AR $1,400 per person; so if you’re planning on choosing this option, make sure to plan ahead and get one that is within budget.

You have enjoyed the fancy dinner and show, it’s time to relax and enjoy some drinks. Let’s say you have roughly AR$ 500 pesos left on the wallet, you can continue to be fancy and go to one of the many speakeasies Palermo has to offer. For example, the Victoria Brown bar, which is decked out in brick walls and with antique style interior, is an option.

Up next is Negroni. Inspired by Florence and New York, here you can order the classic Italian aperitivo in Aperol Style, Classic Glamour, or whatever comes to mind.

If you’ve been to both and want to try something new, yet still classy, go to Leitmotiv. Order one of their popular Black Mambas or Ron Havana. Neither you nor your date will be disappointed.

P.S. And since we guarantee the date to stay under budget before getting drinks, it’s almost impossible to go wrong if you buy flowers beforehand.

Start the date in an extraordinary way by visiting Palacio Barolo for their also Extraordinary Night and Live Violin tour. The tour starts at 8 PM on the viewpoint floor 20. Here is where the violin performance begins, which flows into the entertaining portion of the tour, and ends with a wine tasting in the museum office set in a style from the 20’s.

Although it may be a bit touristy for us, it’s hard to go wrong with the incredible view of the city at night. From the view spots, there are clear shots of Casa Rosada, the Congressional Plaza, and the rest of the city landscape. The tour lasts nearly two hours and costs around AR $350 per person, adding up to just AR $700 for two.

Another options is the Museo Nacional de Bellas Artes. This particular building was once a pump house for the city works, which was then redesigned by architect Julio Dormala, then further modified by Alejandro Bustillo. The museum displays works from Benito Quinquela Martín, Xul Solar, Eduardo Sívori, and other Argentine artists, including a entire room of art done by Antonio Berni.

Or visit La Glorieta for an outdoor milonga where dancers of all ages and levels come together to tango. The event takes place every Saturday and Sunday from 7 to 11 p.m., and at 6 p.m. there’s usually a free lesson for anyone who’s interested. It’s nearly impossible for this event to not be romantic and fancy while dancing under the stars in the park at Barrancas de Belgrano.

Since we don’t have much time left, why not indulge and bring the evening to a close with something sweet between the two of you.

Another shop making the list is Freddo. Their shops are located all throughout the city, so stop in to enjoy their selection of ice creams like dulce de leche, various sorbets and sundaes, alfajores, and more. And if you’ve returned home early, tired and sore from all the sightseeing or dancing, we should mention they deliver too.

If an ice cream bar sounds too good to pass up, then visit Luccianos. According to their site, Luccianos has the world best ingredients and with locations all over the world. Stop at one of their shops for a sweet icepop or also go the classic way with one of their many ice cream flavors. And yes, they, too, bring the ice cream to your door.

Photo by Evan Kirby on Unsplash

For the final option, we’re switching from night to day for a romantic date under the South American sun.

It’s always nice to get outside and explore what the city has to offer, especially on these beautiful days we’ve been having lately. So, at the start of the date plan to meet at one of the many Ferias in the city.

For a traditional feria, visit the one in San Telmo. Marked with cobblestone streets and 17th century architecture, San Telmo is known for its antique shops, live tango dancers, street performers, and collection of bars. However, this feria is only found open on Sunday’s.

For homemade crafts, visit the feria in Recoleta (also known as Feria de Artesonas de Plaza Francia). Beside being a tourist hub, this feria is perfect for a date because after browsing through the vendors, there are plenty of spots to lay on the grass and get to know one another some more.

And of course, Feria de Plaza Serrano, which is located right in the heart of Palermo Hollywood. This spot offers a more modern and laid-back vibe compared to the rest because of the younger atmosphere Palmero brings.

Now, it’s hard to budget how much money would be spent at these ferias, but if food is involved (which it should be) we’ll say AR $500 to keep it safe.

Cafe: At this point we’re going to assume you’ll need a pick-me-up after the feria, so we found three different coffee shops to keep the day going.

Lab Tostadores de Cafe, or as Pick Up the Fork girl calls it, a place where “Heisenberg-esque baristas meticulously cook up their craft inside this two-story science-y coffee laboratory.” This shop offers a cool and relaxed interior with a modern twist and good music. On top of the many great things LAB offers, they roast their beans in the shop, have chocolate chips cookies that are hard to resist, and some the best cold brews around.

Last but not least, Lattente cafe and bar. The owners Daniel Cifuentes and Zehan Nurhadzar are known for transforming the coffee scene in Buenos Aires. They house some of the best baristas in the city and are meticulous about the way they roast the beans to help take away the midday drag. Plus, on Sunday’s Shelkob’s Bagels serve their baked and broiled bagel to streets right outside.

In the spirit of taking things slow, the final events we’ve chosen for your date might be a bit more leisurely, but they’re certainly brighter (and we think) even easier to keep under that 1000 peso budget. 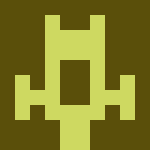