Dunga Rejects Argentine Drinks For Fear Of Being Drugged. Again.

Laugh it up, but this wasn’t funny for the Brazilian 25 years ago, and it’s still not funny for Brazilian coach Dunga today, apparently.

Ahead of yesterday’s  postponed World Cup qualifier between Argentina and Brazil, Dunga took the unusual move of rejecting the drinks that the Argentine Football Association (AFA) had left for them in the away changing room.

While this may seem ungracious and borderline rude from Dunga, this dates back to the controversial round-of-16 match between the same two teams in the 1990 World Cup in Italy. Argentina won the game 1-0 after Claudio Caniggia scored the winner thanks to a fantastic run through the heart of the Brazilian defense by some guy called Diego Maradona, but that’s irrelevant to this story.

No, this match isn’t remembered for Maradona’s piece of brilliance, but for him and teammate Ricardo Giusti being involved in a sneaky plot to throw the Brazilians, the favorites for the tie, off their game. During a pause in play a member of the Argentine backroom staff gave Brazilian full back Branco a water bottle laced with tranquilizers, in order to slow him down. Branco shared the bottle with his teammates, but having drunk the most he subsequently suffered the most too. One teammate abstained, though: Dunga. 25 years on, Dunga clearly still remembers.

Despite being ridiculed in the press at the time, Branco was later proved right after Maradona owned up on a TV show. Branco threatened to sue AFA afterwards, but, surprise surprise, AFA denied any knowledge whatsoever.

Argentina went on to lose the 1990 World Cup final to West Germany. 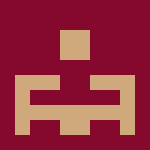