Default vs. Crisis: The Implications of Argentina’s Selective Default

Ten days ago, Argentina defaulted on roughly US $13 billion of its dollar-denominated debt that matures in 2033 by failing to deliver a required interest payment to bondholders. And yes, we said deliver. Argentina made a payment to the custodians, the group of banks and clearinghouses that settle and transfer payments to the bondholders, but the teeth in Judge Griesa’s ruling was that he explicitly prohibited any institution, US or foreign, from facilitating payments unless all debt holders were paid, pari passu style.

In fact, these banks would be in contempt of court(!) if they were to pass on the payment, so now there are US $539 million dollars lurking in the bowels of legal/financial limbo along with all the unbaptized babies. Oh the semantics that keep lawyers in business. (Editor’s note: Limbo officially doesn’t exist anymore.)

When a deal could not be reached by July 31st between Argentina and the holdouts, Standard and Poor’s was the the first off the block and downgraded Argentina to “selective default”. Fitch quickly followed suit by reducing Argentina’s credit rating to  “restrictive default”. Both of these names for default state that while Argentina has voluntarily selected not to make payments on its exchange bonds, it has continued to meet other obligations, including the payment last week to the Paris Club of creditors. Moody’s joined the party by downgrading Argentina’s debt issued under foreign legislation to (p)Caa2. Fitch predicts that Argentina’s ongoing recession will sink deeper as a result of the pressure put on public finances by this default, selective as it may be.

So while the world headlines are screaming default at every turn, those of us on the streets of Argentina are scratching our heads and looking around for the consequences of this long-awaited default. Surely we should be seeing a protest or two, or maybe a closed bank or power outage!

Instead, life has continued relatively uninterrupted, in sharp contrast with the 2001 default that rocked the capital and country with violent protests that killed 26 people. A video showing that Cristina de Fernandez Kirchner in fact increased monthly payments to retired people has gone viral faster than Ebola.

In a sense, Argentina is collectively thumbing its nose and giving the collective middle finger to the world, as if to say, “your credit ratings and declarations of default mean nothing to me.” And if you glance around, you might agree with the sentiment, though possibly not the flatulence, because there are no indications of the kind of economic meltdown you’d expect to follow a default.

Argentina has defaulted six times since 1980. Many believe the real economy will not be badly affected even if the government does not agree to a settlement with the holdouts because the country has had extremely little access to capital markets for 13 years. The sentiment that the default will have no consequences is the dominant sentiment – one Porteño told our friends at The Wall Street Journal:

“We talk about this [default] as if it’s something normal. I’m not losing any sleep over it. We’re very used to this kind of thing and have learned to take it in stride.”

Argentina has taken strides towards normalizing the economy and relations with the outside world, and on the sovereign debt side it should not be in a precarious position. At only one third of GDP, Argentina’s debt is really quite sustainable.

And indeed, according to a chart published by The Wall Street Journal, Argentina’s economy is in fewer shambles than it was in 2001:

In addition to being less “shambley” than in 2001,  being excluded from international capital markets is not new to Argentina. In spite of this lock-out, Argentina has grown due to favorable economic conditions and by creatively engineering alternatives like  foreign currency assistance from other trading partners.  Is this evidence that in this case, “default”  is an empty word and an attack by the evil international organizations unsuccessfully attempting to destabilize Argentina, an otherwise intact and perfect economy?

We quite clearly have a default, but apparently no crisis. The question worth considering here is, are these blasé Argentines right? Is this default meaningless because Argentina’s access to international capital markets is already severely limited, and so default has not spurred the kind of crisis we’re used to seeing in cases of sovereign default?  Put another way, is a default with no crisis not worth mentioning, avoiding, or giving a damn about?

Let’s get academic. In their aptly-titled book This Time is Different, renown crisis economists Kenneth Rogoff and Carmen Reinhart postulate the following:

IMF economists Claessens and Kose examine the factors behind financial crises and postulate that crises manifest themselves in two forms, quantitative and qualitative, and that crises have both real and financial sector implications. Simplification:

The distinction between the two is often blurred, as they occur in tandem and have overlapping triggers. For example, Argentina’s 2001 crisis contained a policy-induced banking crises whereby the government imposed limits on withdrawals, leading depositors to question the soundness of the banking system and incite panic and a crisis that led to a currency collapse balance of payments crisis.

So while we don’t have either of these varietals of crisis in our midst, Rogoff and Reinhardt’s second point about long, deep recessions rings true in this situation.

The fact of the matter is that Argentina has been and remains in dire financial straits reminiscent of recession, and will be for the foreseeable future. No matter who you blame for the current malaise –  the government, past administrations, Judge Griesa, bad luck, or the unflinching, money-grubbing buitres who are preying on an economically vulnerable country whose Shakespearean actions resemble Shylock’s desire for a pound of flesh to feed his revenge – malaise it is and any variety of default does not make it better. Malaise has consequences.

Instead of resting on smug laurels that the words of an elderly judge in New York and the letters and numbers uttered by ratings agencies did not bring the country to its collective knees, Argentina should work to find a solution with the holdouts as quickly as possible.

At US $29 billion, Argentina’s reserves are double the 2001 holdings but nearly equal to the total foreign debt liabilities that will be subject to immediate repayment should this default situation persist and all the investors rather than just the current holdouts find it in their best interest to “come at” Argentina . Private sector estimates put inflation somewhere in the ballpark of 30-40 percent. Precarious reserves and high inflation are factors that precede financial crises, but more generally they cause businesses and individuals to suffer directly as well as indirectly from the secondary effects wrought by uncertainty.

The private sector has expressed willingness to intervene. Locally, the Association of Bankers of Buenos Aires (ADEBA) was actively involved in talks with the holdouts in New York and was rumored to have offered to buy the debt from the vulture funds in a series of payments. International banks have approached private investors with a stake in Argentina’s financial stability to buy the disputed debt and allow Argentina to resume servicing its bonds.

These private institutions are meddling in Argentina’s sovereign business because they have an interest in staving off deterioration of Argentina’s public finances. Besides adversely affecting stock and bond markets, default can harshly impact employment and exacerbate contractionary pressures that combined create stagflation. Banks make more money when economies and the individuals who make them up thrive than in recessions because they enjoy  broader demand for banking services.  During recessions, banks’ losses are passed on  to consumers via higher rates, more fees, and less loans. Furthermore, recession disincentives continued investment in projects like drilling for oil and gas in the Vaca Muerta that necessitate foreign capital investment and technology transfer.

So if the private sector sees paying off the vultures as a logical solution from a business standpoint to get Argentina’s economy pumping again, why hasn’t it happened?

It does not appear probable that the government will permit such a private rescue plan. Economy Minister Axel Kiciloff publicly decried the Adeba bailout as laughable and in poor taste, stating that these banks would be repaying the vultures with Argentines’ private savings. Unfortunately, the longer Argentina is unable to service its debt payments, the longer ordinary Argentines and owners of restructured debt worldwide, including these friendly-sounding Brazilian postal workers, will also suffer.

Refusal to accept a private solution that would allow Argentina to put the vultures in the past and get busy building tomorrow appears rooted in the need to claim a moral victory over the vulture funds rather than genuine concern over the well-being of the people and Argentina’s future.

It is possible that the current government derives some political benefit from being morally in the right that we in our cold-hearted capitalistic stupor cannot appreciate. If that is the case, shame on us for lacking the political sophistication to understand why it is worth allowing Argentina’s creditors to lose money and jeopardize Argentina’s economy in order to “win” against the evil vulture funds.

If accepting private sector intervention is politically unacceptable or impossible, than Argentina’s economic leadership should continue working to find another solution. The past is the past. Judge Griesa was harsh and took perhaps one of the most narrow views ever taken in sovereign debt restructuring court proceedings. The vulture funds aren’t budging and are not going to disappear between today and the expiration of the RUFO clause at the end of the year. It appears the IMF will not step in or speed up apotential new policy of “debt re-profiling” or extending the maturities of sovereign debt so as to lighten burdening fiscal loads on indebted, less developed countries.

Life’s not fair, but allowing a technical default to drag out is irresponsible, risky, and unfair to Argentina. 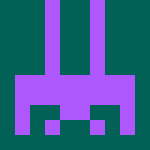