Cristina Lands in Rome, Readies for Lunch with Pope Francis

President Cristina Fernández Kirchner jetted off to the Vatican last night for lunch with Pope Francis on Saturday. Personally invited to dine with Francisco at the Santa Marta residence, this will be the fourth time that she meets with the Pontiff since his appointment last year. The Pope has yet to return to Argentina since assuming his role.

In his simple invitation note (seen below,) the Pope also sent his prayers for the health of the President’s mother – who was hospitalized a couple of weeks ago. He gave no reason for the lunch proposal other than her “proximity” to Rome during her planned visit to New York this coming week.

After her quick jaunt in the Vatican, Cristina will fly out to New York on Sunday in time for the United Nations General Assembly on Wednesday, September 24th. And it’s going to be a big one.

Dealing with the economic snafu back in Argentina, she’s expected to openly criticize the vulture funds once again. All eyes will be on Argentina, especially after the passing of the debt swap bill a week ago today.

While this occurs thousands of miles away, don’t fret Argentina! We have Vice-President Amado Boudou keeping an eye out. And this isn’t his first time. The VP has assumed the presidential position several times before. Keeping a low profile the last time, I’m crossing my fingers for more interaction this time around. Argentina could use a some more excitement.

Prior to her big meeting on Wednesday, Cristina plans to assemble members of the International Trade Unions on Monday and visit with finance and economic representatives on Tuesday. Though the exact date remains unconfirmed, she is expected to participate in a debate on foreign terrorism at the UN Security Council, led by US President Barack Obama on either Wednesday or Thursday.

Scheduled to return back to Argentina Thursday, she has her work cut out for her this week. This should be interesting to watch. 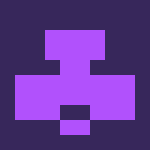