This Guy Uses Oculus Rift To Help You Control Your Fears

I have seen the future and it is good.

I stood at the foot of the Golden Gate bridge, sat two feet from Paul McCartney, was thrown off of skyscrapers, fell off of a roller coaster, had a close encounter with a tarantula and visited the stars in a spaceship (fortunately Anne Hathaway wasn’t present).

I did all this from the comfort of a living room in San Isidro. All I needed was the power of the Oculus Rift, a new virtual reality headset that simulates a range of lifelike situations. You may have heard of it recently, since Facebook decided to acquire it for 2 billion dollars last year.

The “reality” bit really must be stressed here. I cannot begin to explain how real each of the situations I described before felt; it truly transports you to a different world.

And one man who has harnessed the power of this device is Fernando Tarnogol, a trained psychologist who has decided to use the Oculus to help cure other people’s phobias.

As I make my way up to his apartment, I feel a wave of childish excitement wash over me, but I try and hold it in. I am ushered in and immediately offered a beer. The student start-up vibe here, in his apartment, shared with his wife, is exactly what you would expect of an early stage tech start-up nowadays – just upgrade the Harvard dorm room to a cozy living room.

And the much-anticipated Oculus Rift sits by the television as we begin chatting.

WILL: Fernando, let’s imagine that I am Bill Gates and we are standing in an elevator together. You have until the top floor to pitch me your app, PHOBOS.

His eyes light up. He’s done this before.

TARNOGOL: Well, my company is using the Oculus Rift jointly with the software that we have created to treat common phobias and anxieties, such as claustrophobia, vertigo and specific animal fears such as snakes, rats, roaches and birds. These are the simplest kind of phobias, as they are cognitive and perceptual. Our brain perceives a threat, and we react accordingly. Imagine if you could experience the situation without actually being in any danger. The more exposure to the situation would allow you to adapt to it and in turn decrease your fear.

We have created such situations, and with the Oculus, they really do feel real. Our plan is to license it to therapists and doctors to be used in a controlled scientific manner.

All you need to do is download PHOBOS to your PC. Once you launch it, you will be presented with a scene selector menu from where you can launch each environment. The Oculus Rift is plugged into the computer the same way you connect a mouse, keyboard or screen. It’s just an LCD screen with some fancy sensors and optical setup to generate the wide field of view.

Even after having heard this well-refined pitch from Tarnogol, I still don’t believe him. Putting me in a room with a tarantula, even a fake one, would just scare the shit out of me. How is that going to help?

Well, a few minutes later it’s the moment of truth, and my hands start to sweat just thinking about it.

As I put the Oculus device on I am no longer in a living room in San Isidro, but standing in a virtual room with an enormous eight-legged hairy bug in front of me. It feels like I have dipped my head into the Pensieve in Harry Potter and fallen back into a distant memory/nightmare. Except instead of Dumbledore standing next to me, there is this giant spider crawling around, ready to attack.

I know this is a virtual spider. I know it isn’t real. And yet my brain feels it real enough to scare me. The level of detail that has gone into this PHOBOS app is almost indescribable. There’s no doubt. I am, indeed, there.

I start to cautiously walk around it with the help of an Xbox controller. I slowly approach it, soon feeling a little bit more confident. “It isn’t real,” I repeat to myself. Within two minutes I get dangerously close and stare right into its many black, hypnotic eyes.

And suddenly, before I know it, I am no longer there. Now I find myself in the middle of a road.

It’s time for the next scenario.

I look back and there is a car catching on fire. As I begin to turn around, the once empty road is surrounded by skyscrapers and it has started to rain. Walls are then constructed around me to shield me from the downpour. They are, however, false friends, as moments later they move in on me and I find myself enclosed in a small box, a true nightmare for anyone suffering from claustrophobia.

Later I find myself standing on a lift on the outside of a building gradually getting higher and higher. This isn’t for the faint hearted (or people who are afraid of heights). Fortunately I’m not so I’m constantly peering over the side of it, risking my virtual life. I like this one. It’s fun. So I suggest that it would be more fun if I fell off or something to that effect.

I live to regret that as I am then put into a situation where I am sitting on a wooden plank resting over extremely high scaffolding. Spoke too soon, I guess. I begin to slide down the plank falling between the scaffolding, and the screen goes dark. I guess I’m virtually dead.

…and jumping off skyscrapers.

W: What are your plans for the future of PHOBOS?

T: Well, we can only launch our app and the software when Oculus hits the market. This should be around December of 2015. So we have plenty of time to upgrade our software and improve the virtual situations, making them more lifelike. A bit further down the line we are looking to incorporate GSR (Galvanic Skin Response) sensors into the software. They work by measuring the electrical conductance of the skin, which varies depending on the amount of sweat-induced moisture on the skin. As you know, when in a situation that makes you nervous you will sweat more. By using GSR, we will be able to tell if your phobia is getting better in a more statistical and scientific way. We will be able to provide proof to the clients that they are getting better. We are also focusing on getting various investors on board, there has been a lot of interest in the product, mainly from the states.

There are various products [in the VR sphere] in development at the moment. One such product called Stem is being developed by 6th Sense Technology. Stem is magnetic tracking for the whole body apart from your fingers. You will put various sensors on your body and they will track all of your movement within the virtual reality. You will be able to walk around, sit down stand up and jump.

Finally, and probably the most crazy, are haptic motors. These work through advanced vibration patterns and waveforms and will enable those using them to actually feel things within the virtual environment.

Awestruck and slightly mind boggled, I sit in amazement thinking about the possibilities of this technology. Oculus VR, the company behind the Oculus Rift, has just released a statement that they will be releasing four films for the virtual reality headset.

Imagine watching the likes of Gladiator or Star Wars with this thing on. Even more impressive are the plans to use the Oculus Rift to create training scenarios for soldiers and medics. In fact, the British Army has been working with Oculus VR and recently unveiled the first fully immersive simulator especially for medics in the army.

And Fernando’s technology is right in the middle of all of this hype. Look out for this man, he is going to be very big in the tech world. 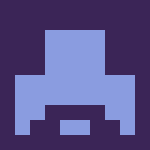