Following reports that neighborhood clubs and community centers throughout the country risk having to close their doors due to their inability to pay the high costs of electricity, water and gas and everything else undergoing massive price hikes, the nation’s Sports Minister Carlos MacAllister today confirmed that the government will be providing centers subsidies to allow them to continue operating.

Since many of these centers offer low-income families the chance to have their children take part in constructive social activities (as opposed to falling into gangs, drugs, etc.), many clubs are concerned that increased costs — which force them to increase membership fees — will prevent families from making use of the centers.

Some 600 centers out of the approximately 3,000 clubs in the country are already eligible to receive subsidies, according to MacAllister. He explained that in order to be eligible, clubs must be signed up on the national register and have between 50 and 2,000 members. They would then receive AR $50,000 worth of annual subsidies.

MacAllister referred to Law 27.098 on the Promotion of Neighborhood and Town Community Centers, which even though it was passed in December 2014 has still not been implemented. He said he hoped that would take effect within “15 to 20 days.” President Mauricio Macri will have to officially decree its enactment.

This announcement comes on the heels of press reports highlighting the difficulties these clubs are facing in such a precarious economic climate, notably an article published by Clarin yesterday which looked at clubs in the City of Buenos Aires.

The publication spoke to Susana Borda, the president of a club in the capital’s neighborhood of Parque Chas, who explained that the only viable option for clubs was to hike their members’ fees. “This has an enormous effect on us, we used to pay AR $800 pesos for electricity, and now we are paying AR $3,000. We had no other option than to increase the price for the monthly fee, the cafeteria and the space rentals.”

“The kids that join our club come from low income families, and these new fees conflict with our social function. It is crucial to understand the role we play in their lives.”

The club raises around AR $22,000, 30 percent of which is invested in electricity, Fidenza said. “If you add up the salary of our employees, and other services, our total revenue is zero.”

Some legislators like the Victory Front’s (FpV) Silvia Gottero and Socialist Party’s Roy Cortina had been pushing for new means to battle the situation while Law 27.098 remained inoperative. If MacAllister is true on his word, their efforts will hopefully me met.

Neighborhood clubs date back to the early twentieth century, and over time have proved to be in many ways indispensable to building a sense of community. They are difficult to replace since it is a space for social integration, transmission of values and traditions. 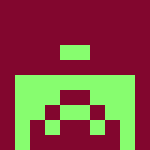