As Deputy Executive Secretary of the United Nations Framework Convention on Climate Change (UNFCCC), Ovais Sarmad has more responsibility than most people when it comes to tackling climate change. But speak to him for a moment, and he will make it clear that the responsibility is in fact shared, and that the coming months are crucial to taking the Paris Agreement and making it fully operational – what he has described as “taking it off the shelf.”

In an interview with The Bubble in between sessions at a T20 event on climate change organized by the Argentine Council for International Relations (CARI), Centro de Implementación de Políticas Públicas para la Equidad y el Crecimiento (CIPPEC), Universidad de la Defensa Nacional (UNDEF) and the United Nations Development Programme (UNDP), Sarmad spoke of the challenges ahead, what is at stake at the upcoming COP24 in Poland, and what role the G20 could play in building a consensus.

Are you hopeful about the current phase of seeking to operationalize the Paris Agreement? What are the challenges?

I’m very hopeful. The United Nations has the convening power and the possibility to generate consensus. It’s never easy but that is the role of the UN, to bring common ground on difficult issues. And this is definitely a difficult issue. And one of the biggest challenges in the implementation is the provision of finance of developed countries to developing countries, the US $100 billion that was committed and promised. In terms of money it’s not so much about money or the US $100 billion it’s about trust and confidence. The willingness of all parties to help each other to address it, that’s the biggest challenge. There the United Nations has the capacity to bring the different parties together, to agree on the texts and help them to reduce their positions and to come to a common understanding.

The biggest issue is to explain that we are dealing with very big issues and that we are all very responsible for, all of us, individually. We all have to take care of the planet on which we are living, starting with our own surroundings. Don’t use plastic, don’t use too much fossil fuels or none at all. And start looking at nature as something we can live with and use for our benefit and to protect it so we can give it to our future generations in a responsible way.

Some of it is on the way, but not the entire amount. So that will take time. Also the developed countries have their priorities, politics. Some countries have very difficult situations in terms of providing that kind of support, but there is hope.

The Paris Agreement was finalized in November 2015. (UNFCCC)

You have mentioned that the Paris Agreement was ratified and entered into force very quickly. Has that momentum been sustained into the preparation for the implementation?

It is sustained, except for recent political changes that have happened in certain parts of the world. And that is understandable, because that is politics. There are changes in political dynamics in many parts of the world. But all in all, I feel when everyone comes together in climate change negotiations there is definitely an awareness of the importance of the issue.

What keeps you up at night?

When we come down to the technical level negotiations, those are very very difficult, because they reflect the country positions in some instances. So that is worrying. And I find it very difficult to deal with.

What would be a successful outcome for COP24?

Is the COP24 a one-shot opportunity?

We would like it to be. That’s why we want to put the whole momentum at all levels, political, civil society, private sector, United Nations, G20 and different countries to really work on that. I don’t want to say that there is a Plan B. That’s it. We have to get it.

How does the UNFCCC see Latin America in terms of combating climate change?

Latin America has a lot to offer; there are countries like Argentina that have huge political weight that have made many important agreements. They have to work together and bring attention to the issue.

In your view, is Latin America at the forefront in terms of addressing climate change? Lagging behind? Mainstream?

I think that as a region it is in the mainstream. In terms of addressing climate change nobody is lagging behind and nobody is at the forefront. We’re all together. Interestingly, Fiji has the presidency for the negotiations this year. And they brought a boat to Bonn to signify that we are all in the same boat, rich and poor, developed and developing, and that boat has the significance of showing that we’re all in it together.

Could you speak about the Talanoa Dialogue?

That is a Fiji phenomenon, and something that is used in the Pacific Islands. They sit on the beach if there is a big issue and talk, and tell stories about the issue, and the elders and members of the community try to find solutions and they keep on talking until solutions are found. And they’ve brought that concept to the climate change discussions.

As a method is it working?

In terms of the upcoming G20 summit, how important is it that there be a mention of the COP24 in the leaders’ statement?

I think it is extremely important, as a vote of confidence. 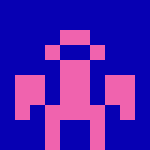