Let’s talk cinema clubs. A term that perhaps evokes an image of dense intellectuals huffing over hard-to-get movies by crackers European film directors and paying a monthly subscription fee (like …) But here, sh*t ain’t like that as Ice-T once so eloquently asserted. Presented instead, is a varied list of mostly free cinema possibilities and inviting spaces, bars, book stores, film schools, cultural meccas and neighborhood cinemas, each with their own distinct take on programing and cinema club identity.

The Kino Palais is a small movie theater at the Palais de Glace, the historic art space in Recoleta just off Plaza Francia, where they run free film cycles on the weekend. Throughout the autumn they screened the best of Argentine cinema from the past couple of years, always with the attendance of the directors or cast, with a desire to call attention to what is important artistically and to create a contemporary vision of art and cinema. Check the website here for the program. Get there early for a good seat and the chance check out the art regularly featured in the Palais de Glace’s main gallery space as you wait in line.

The cinema club at Bar al Tribu is lovely. It’s busy and energetic, full of cute boys and girls with nice shoes; a mix of couples, groups of friends and singles. La Tribu has an upmarket cultural center feel, a space with a socialist political leaning but executed with tight graphic design on the posters and artwork. Architecturally a handsome space with subtle lighting, it makes a great place to hang out in winter, warm and cozy and the bar is right there besides where the films are projected. I saw the Lars Von Trier film starring Bjork, Dancer in the Dark and there were people being passed plates of empanadas in the dark, which worked. The projector and sound are really good so it feels like seeing a film at the cinema. Their Facebook page is the place to find out when to go, but Tuesday seems to be the regular film night making a drink afterwards at the great San Bernardo ping pong clash inevitable. Entrance varies between free and ARS 50.

Cine y Petits Fours is a Francophile cinema club that serves up imported French cheese to go with the French films and booze they will ply you with. It’s at the steep end of an outing to the cinema, ARS 350, but if you’re tired of trying to figure out the difference between Port Salut and queso fresco, it is probably worth it. The venue is the beautiful Casa Bolivar in San Telmo, just a block from the boulevard at the end of Avenida Garay, home to some of the most stunning architectural gems in the city. A night at Cine y Petits Fours features nibbles and a drink on arrival, the film with more nibbles, a raffle (everyone loves a raffle), a little talking about the film and then drinks and food. Winner! Take the 24, 17 or 10 to the doorstep! Reservations via [email protected]

Cine Cosmos is the University of Buenos Aires’ cinema and a fine one it is with one principal movie theater and one excellent micro cinema. Getting in feels kind of exclusive as you need to be on the list to attend the film cycles they are presenting at the moment. You can friend the coordinator on Facebook to find out what’s going on and to put your name on the list. They present curated film cycles that are really well attended by a varied film loving public–students, well dressed older folk and famous film directors. I was starstruck the night I was there as I sat in my red leather seat and watched Ingmar Bergman’s Through a Glass Darkly while sitting next to Lucrecia Martel!!! For those of you still getting a handle on the BA cinema scene – she is the Argentine Paul Thomas Anderson and director of La Cienega. Cost: Free.

Filmoteca is one of the best and least ridiculous TV shows on Argentine television. Presented by Fernando Martín Peña, it’s an 11-year strong ongoing history of the world of cinema. It is in short a marvel, and Filmoteca en Vivo is exactly that but in the flesh! It happens in the plush micro cinema at ENERC–the National Film School of Practical and Experimental Film Studies, in the school’s stunning residence at the corner of Moreno and Salta, in the neighborhood of San Nicholas. ENERC is Argentina’s most prestigious public film school, and if you’re lucky enough to get a spot, entrance is free, just like Filmoteca en Vivo. They show films Friday to Sunday from 5pm.

Pronounced ‘will-they’ with a slight accent, this cinema is a little off the beaten Palermo track. In fact, this place is going be the best piece of Argentine cinema ass you are ever gonna score in the hunt for the edgy and authentic life-on-the-edge-of-west-I-hope-I-don’t-get-killed-on-the-way-there experiences we are all dying for. Get on the 24 or the train from Constitución, get down to Zona Sur and hone your cobbling skills at Cine Wilde. How many cinemas can there be in the entire world with their very own smoke stacks and shoe making courses!? This is a cinema, this is a hipstergrasm. Cine Wilde opened in a repurposed factory in 2013 with funding from the local municipality and serves the neighborhood with fantastic programing, a mix of classics, Argentine films and new blockbusters. They also show the football. Double winner!

Cineclub Dynamo might as well be called Cineclub Dynamite because it is really that good. Based in San Telmo between two locations – a great upstairs space at Le Libre bookstore (Bolivar), where you can sit in giant leather arm chairs whilst drinking your own booze, and a space called Monte where you get the address via email. They specialize in showing films on 16mm and this is what makes it special. The actual film itself clicking and whirring at the back of the room, complete with scratches, cuts and possible ruptures, in short, the concrete presence of image. Oh the nostalgia! But also a welcome source of texture in millenihell. They put a monthly poster on their Facebook page with the films they are going to be showing along with how much it will cost. Their days tend to be Wednesdays and Fridays. Triple winner. 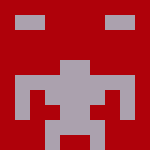