Last Sunday was Maradonian Christmas Eve and hundreds joined in holy bliss to welcome the messiah among us mortals.

If Maradona is God, then our era begins on the day of his birth. Therefore, according to the Church of Maradona, this is the year 57 d.D, (después de Diego) of course. Welcome to the cult celebration of an imperfect demigod.

The apostles performing baptisms at yearly Maradonian Mass. Cofounders Hernán Améz in the middle and Alejandro Verón on the right. All photos by author

“I have two daughters, Mara and Dona. When the doctor told my wife we were expecting twins, we knew their names immediately”. Walter Rotundo’s adoration for Diego knows no boundaries. As member of the Maradonian Church since 2011, Rotundo handled ticket sales for the Christmas Mass held at Ocampo Futbol in Palermo on a Sunday. Around 200 Maradonians attended the most important ritual of the year and united in praying “Diego nuestro” in commemoration of Diego Armando Maradona’s 57th birthday.

The Maradonian Church boasts approximately half a million worshipers worldwide, its cofounder Alejandro Verón estimates. “This is Argentine folk culture, Diego is the religion of the heart and it’s born out of love”, Verón attests. At this year’s mass, 85 new members were baptized and handed their certificate after successfully proving their Maradonian worthiness: scoring a goal with their left fist, imitating the infamous 1986 World Cup Hand of God goal against England. Children, women and men alike were put to the challenge and anointed with holy water from a 4 liter plastic container that read Argentina 1-Brazil 0, Mundial 1990, in a reference to the classic game from the 1990 World Cup in Italy.

To enter the holy Church of Maradona, one must perform the sacred rite of scoring a Hand of God goal.

Among churchgoers, believers from Bolivia, Colombia, Brazil, Uruguay, France and Canada received their Iglesia Maradoniana membership on Sunday night. Representing Italy, Andrea Camera moved to Argentina 9 years ago in a quest to meet Maradona. “I still haven’t met him”, the Neapolitan admits, but he has encountered some comfort in the Church of Maradona and in the Napoli Club Buenos Aires that he founded to gather people around FC Napoli games (which they watch at Sullivan’s in Palermo FYI).

At 11:59pm, Diego’s sister María Rosa Maradona shared a few heartfelt words and the founding apostles started the count up to 10, welcoming D10S to this world. Hamburgers were devoured, beer was guzzled, merchandizing gear was raffled and neo liturgical “He who does not jump is an Englishman” was chanted.

The prayer “Diego Nuestro” was the closing ritual of this year’s Maradonian Christmas and New Year celebration, which, logically, is the exact same day. This inevitably yields the question that if Jesus was born on December 25th and the calendar year just starts on January 1st, what year does that leap week fall into?

On top of all the rest, thank you Diego for bestowing this question upon us. No need to answer it, you just go on being an imperfect God. The kind of God some of us can relate to.

D10S is Argentine, Morón confirmed so. 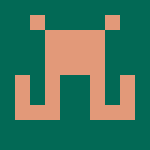 Conversation with US president elect went south after Foreign Minister Solá spoke out of turn. Plus: Bolsonaro, rugby scandal and vaccines