The country’s largest state-owned oil company, YPF, this morning presented before the Supreme Court  the contract it holds with US energy corporation Chevron regarding oil fields in the Province of Neuquén in northwestern Patagonia. This may sound dull, but it’s actually a pretty big deal. Here’s why:

Back in November, the Supreme Court ordered YPF to hand over the document, known as the Chevron Agreement, which was signed back in July 2013 between YPF and Chevron, one of the largest oil corporations in the world. The agreement was over the extraction of shale oil in the area of Vaca Muerta, Neuquén Province. As you know, when oil is involved, we’re not talking about a few pesos; the deal reached was some US$16 billion.

After doing a bit of drilling and finding that the oil fields were going to be profitable, to say the least, both companies extended the venture under a 35-year concession. However, a month after the agreement was signed, it was revealed that the deal contained a number of “secret clauses,” which were so secret that even Neuquén Governor Jorge Sapag admitted that he didn’t have access to some of their ahem, finer details.

Perhaps sensing that something fishy was going on, Socialist Party (PS) Senator Rubén Giustiniani came to the stage, suggesting that given YPF is majority owned by the government, its activities and therefore the contract, are technically a matter of public interest.

Without boring you too much, two of the “secret clauses” were revealed in August 2013 and have since been confirmed by YPF CEO Fernando Giliberti. They state that:

A third clause was unconfirmed.

The case really began to gather speed when Giustiniani approached the Supreme Court after YPF refused to provide him with more information regarding the agreement. He was specifically concerned about the environmental impact the corporations’ billion dollar venture comprised, particularly in terms of fracking.

Fracking is a controversial method of extracting oil and natural gas, which involves drilling down into the ground and injecting shale rock with a mixture of water, chemicals and sand, to release the reserves inside. Environmental campaigners have raised concerns about the large volume of water needed in the process, as well as the potentially carcinogenic chemicals that may contaminate the land around the fracking areas. According to World Oil, Argentina’s shale oil reserves are the fourth largest in the world and it is predicted that by 2018, the Vaca Muerta oil fields will have doubled their production thanks to fracking.

In November last year, the Supreme Court ruled 3-1 in Giustiniani’s favor and demanded that YPF hand over details of The Chevron Agreement. This morning, the document was finally given over to the Court. According to Perfil, in a statement released this morning, Giustiniani said that the papers would require “very detailed analysis” which would take “all afternoon.”  He continued: “who knows what we are going to find, whether it is a folder or a thousand pages.” 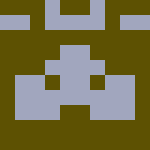