‘Che, ¿querés bailar?’ or How Tango Took Over London

As passengers waited for their trains on a busy London night, they encountered an unexpected surprise: a tango milonga in the main hall of Paddington, one of the city’s most emblematic stations, first established in 1838. Located near Hyde Park, the venue turned into an impromptu ballroom last night, as part of the 5th UK Tango Festival and Championship currently taking place at nearby Porchester Hall.

It was 3 AM; some bystanders had no idea what was going on, while others attempted to embrace the music. “This is an after-party in line with the tradition in Buenos Aires of dancing until the early hours of the morning,” explains Luciano Brizzi, director of the festival, to The Bubble. “While the city is asleep, we decided to [host the milonga] to shed light on the historic links between Argentina and the UK. Since the Argentine railway system was created by the British back in the 19th century, it’s quite symbolic to bring tango to a train station after so many years.”

There are many milongas all across the UK and, as Brizzi points out, “you always can find an open venue, especially in London.” It is estimated that at least 1,000 people comprise the British tango community, and the numbers are expected to continue to grow.

“Tango is becoming increasingly popular all over the world because it has to do with human affection. As long as a person likes to hug and look someone else in the eye, tango will always be alive,” says Marcelo Rojas, a renowned tango DJ who travelled from Buenos Aires to curate the playlist for the Paddington takeover. “I put together a list that spanned 90 years of tango history, from the early beginnings to more contemporary expressions. Tango is alive and it has never been in a better position.”

The UK Tango Festival is the European branch of the Tango Buenos Aires Festival and Dance World Cup. During this past weekend, contestants from 16 European countries competed to see whether they’ll be able to represent their countries in the finals in Buenos Aires. Between empanadas, Malbec, and even Fernet with Coca Cola, contestants and aficionados alike danced and danced. “Tango makes me feel very excited; I see it as a conversation, as a language, as a way to express [myself] with other people,” says Anya Kovalieva, who came from Newcastle for the festival.

Mark, an English drama professor who is eager to compete in Buenos Aires, adds: “My first connection with tango came when I used a song for a play and I said, I have to learn this someday, this is a very passionate dance. Ten years later, I took classes and I got addicted.” His partner adds: “I began by dancing salsa and bachata until I found tango more exciting. When I talk about this passion to my friends, I explained, this is not like Strictly.”

She refers to Strictly Come Dancing, the popular BBC dance competition show franchised in Argentina as Bailando por un Sueño, that chose tango as one of the rhythms of its most recent season finale. “In Strictly, they just learn the steps and repeat some hooks and flicks when, in reality, tango is about connection, it’s different every time.”

This edition of the festival, which has been sponsored by the Argentine Embassy in the UK, the City of Buenos Aires Government, 1882 Fernet, and Air Europa included 25 hours of social dancing, 14 workshops, and an undistinguishable flavor of Argentine culture set in one of the most cosmopolitan cities in the world. 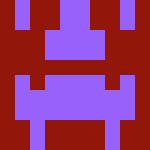