Casa Rosada Confidential: An Insider’s Look At The Presidential Menu

Chef Dante Liporace works in the place where the country’s future is decided on a daily basis, though he assures us that between 1 and 2 PM the kitchen is the hottest and most pressure filled room in the building. Besides the president himself and his team, Liporace feeds about 800 of the Casa Rosada’s employees.

When questioned about his boss’ preferences he says that president Mauricio Macri eats mostly light meals and doesn’t drink alcohol at lunchtime (this is in contrast to many in the political sphere who refuse to go without a glass or two of wine). A typical lunch is comprised of a salad coupled with a protein for and fruit for dessert. On the day The Bubble visited Casa Rosada’s kitchen, the president had a tomato soup with apples as a starter, followed by ojo de bife with arugula and pumpkin salad. For dessert melon with honey.

But Macri will make an exception to this healthy diet to have a slice of anything made with chocolate. The recipe for the Nemesis pie, one of the president’s favorite, can be found at the end of the article.

For the Obama visit Liporace was asked to prepare a buffet so that the participants wouldn’t have to interrupt negotiations to eat. On that day the food might not have been the most important item on the table, but some of the US president’s favorite foods  – guacamole, shrimp and citrus were served. Not to mention the fact that the kitchen had to feed 1,200 people as a result of additional ministers, security and press staffers.

The 38 year old chef of the renowned Tarquino restaurant, had a long journey before establishing himself so close to power. When he was only eighteen he left home in the Bahía Blanca province to study at the Gato Dumas Gastronomic Centre in Buenos Aires. After graduation he started off as a helper in the kitchens of various unknown restaurants around the city. He had managed to secure a chef position at a restaurant at Las Cañitas when he received a life changing invitation. Liporace left to Barcelona where the vanguard cuisine and molecular gastronomy was sizzling. From line cook he rose to head chef and had the privilege to work with the michelin star chef Pedro Subjana. For two seasons he was invited to cook at the Ferran Adria’s three Michelin stars elBulli. The fame knocked on his door back in Buenos Aires when he opened Moreno, a restaurant in San Telmo that impressed the many gastronomy critiques. Three years later he moved to Recoleta to command his Tarquino, one of Argentina’s prominent examples of domestic modern cuisine. If you’re jumping to make a reservation know that you have to be prepared to spend at least 1500 pesos to sample Liporace’s work.

However, his popular version is available at Casa Rosada for 25 or 100 pesos should you find yourself visiting for official purposes. Liporace was surprised when he received a call from the president’s Cabinet. He didn’t know Macri himself and his restaurant was patronized by both members of the PRO and Kirchnerists camp. Liporace’s price tag? He assures us it isn’t that much. “I accepted this job because I want to be part of the positive change Macri brings to the country”, he said.

Talking about changes, he made a true revolution in the kitchen. According to Liporace, he got rid of the cockroaches, rusted fridges and broken ovens that could be found when he arrived. Like the president himself, the chef cut subsidies and the lunch menu that used to cost 3 pesos rose to 25 pesos. For the highest level staffers and ministers it now costs 100 pesos. Macri is the only one entitled to eat for free. The tostados and other snacks aren’t for free anymore either. If you don’t have money on hand, you will have make do water, coffee and tea. Despite the rise in the prices the chef’s menu is a great success. Before him about 300 employees had lunch at the building. Now there are 800 mouths to feed daily. Now those are numbers any boss or president would like to replicate!

Whisk the eggs until creamy. Make a syrup with the water and sugar and mix it with the butter and chocolate. Add the eggs to that mixture. Pour it in a tray covered with aluminium foil and cook at 120 degrees Celsius in a water bath until it bakes. There isn’t a prefixed time it depends on the oven. Bake until you can stick a fork in the middle and it comes out clean. 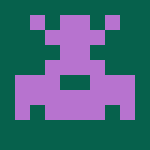