The World Bank and the Casa Rosada hosted a forum on November 15 regarding Argentina’s potential accession to the Organization for Economic Cooperation and Development (OECD). The event included panels with public sector leaders from around Latin America as well as officials from the OECD, World Bank, and President Mauricio Macri’s cabinet.

“We are working with the OECD on a social agenda to create more opportunities, reduce poverty, and reach a productive, sustainable, and inclusive development,” said Francisco Cabrera, the Argentine Minister of Production.

Marcelo Scaglione, the undersecretary for Argentina’s accession to the OECD, participated in the event. “The best way to maintain prosperity and sustainable growth is through investment and human capital,” he said.

The OECD is a descendant of the Organization for European Economic Cooperation, a body that was created as a part of the Marshall plan in 1948 in order to create economic interdependence in Europe with the help of strong statistical analysis and diplomatic ties. Group members benefit from economic research and the prestige of being a member of what some call “a club of rich countries.”

Membership in the OECD offers reputational benefits, the ability to shape global debates, support for domestic reform, and strong ties to governments and business. “The OECD is a key voice supporting the global agenda on economic growth, global competitiveness and good governance,” said an OECD representative who spoke to The Bubble. “Members participate in policy discussions on cutting-edge issues with other key economic players to develop innovative solutions to common challenges, such as inclusive growth, tackling inequalities in income, health outcomes, education and well-being.”

Consequently, Mauricio Macri’s government sees accession to the OECD as a key component of Argentina’s re-entry into international markets and his commitment to reform. Indeed, Macri remarked last year that he is committed to moving beyond the “years of populism that have inhibited our integration with the world.”

The event covered sustainable and equitable growth for Argentina, the impact of technology upon work, the modern state, and the prospects for Argentina’s accession to the OECD. While Argentina began the process to join the OECD 2016, its progress and outcome are uncertain.

“As a member of the OECD, Argentina will benefit from the experiences of other member states and will be converted into a key actor in international public policy on the topics of inequality, climate change, the promotion of well-being and inclusive growth, among others,” said a document sent by the OECD to The Bubble.

On November 6, Cabinet Chief Marcos Peña stated that Argentina’s negotiations to join the Organization for Economic Cooperation and Development (OECD) are “very advanced.” Peña said that the government intends to integrate Argentina as an “important member of the international community [by being] present in matters like climate change, terrorism, drug trafficking [and in favor of] human rights, liberty, and the democratic agenda.”

The cabinet leader’s remarks came at a meeting of the Council of Councils – an initiative organized by the Council on Foreign Relations – whose summit on “Latin America, the world today and the future of global governance” was in Buenos Aires this week. In October, Treasury Minister Nicolás Dujovne said that the OECD was close to accepting Argentina, after his meeting with officials from the International Monetary Fund and the World Bank.

However, a document sent by the OECD to The Bubble indicates that the membership process normally takes three to six years (it began in 2016), and points out that Argentina has only completed preliminary steps in the process of accession to the OECD.

According to the OECD, Argentina is on step three of twelve in order to become a member of the prestigious body.

According to this graphic, the OECD has thus far only analyzed Argentina’s suitability to become a member based on its framework for accession. However, a “rigorous review process” follows. “The accession process involves an in-depth technical dialogue with more than 20 OECD committees that review the candidate country’s legislation, policies and practices with reference to OECD standards and best policies and practices,” said an OECD representative to The Bubble.

The OECD adopted a new Framework for the Consideration of Prospective Members in June 2017. The OECD’s evaluation has five components: State of Readiness, the Country’s commitment to OECD Values and Membership Obligations, its Institutional Framework, Key Economic Indicators, and Relations with the OECD.

“Whilst there is broad support for Argentina’s candidacy amongst Members, accession discussions are currently ongoing,” an OECD representative said to The Bubble.

Argentina’s economic indicators are far behind those of OECD members. Jens Arnold and Alberto González Pandiella of the OECD explained recently that to improve its position among the OECD, Argentina must ensure macroeconomic stability, boost investment and productivity, and make growth more inclusive to boost living standards.

“Following years of unsustainable economic policies, Argentina has recently undertaken bold reforms and a turnaround in policies that has helped to avoid another crisis and stabilize the economy.  Nevetheless, the work is far from being finished,” Arnold and Pandiella wrote.

The OECD Multi-Dimensional Economic Survey of Argentina – published in July 2017 – made several recommendations for Argentina to align its economy with OECD members. A selected group of their recommendations from the three categories are enumerated below.

The OECD representative stated that the accession review process helps to “act as a catalyst for reform on the specific issues identified by the OECD committees,” which are likely to be similar to the areas enumerated above.

Although implementing all of the OECD’s recommendations does not automatically make Argentina join the club, negotiators will likely need assurances from Mauricio Macri’s government that they are committed to such measures. The event his administration participated in is certainly a show of support, and it is likely that the new proposed set of reforms will facilitate accession to the OECD. Nevertheless, Argentina may be a long way from accession to the “club of rich countries.”

The OECD Council will make the final decision on whether to invite Argentina to become a member based on the opinions of the technical committees. 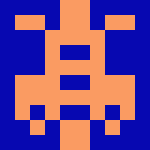