The National Institute of Industrial Technology (INTI), University of Buenos Aires’ (UBA) School of Architecture and Design (FADU) and Cooperative Dawn, a cartonero cooperative, are working together to design a lightweight, collapsible cart that will make the City of Buenos Aires’ cartoneros’ lives a bit easier.

Every evening when the shops start to close, cartoneros — often lugging behind them wooden carts intended for horses — go around and collect recyclable materials for which they can be reimbursed (flattened cardboard boxes, paper products, etc). If it sounds like arduous, heavy work, that’s because it is. Cartoneros are known  to carry up to 80 kilograms. The 4,000-odd cartoneros of Buenos Aires can expect to earn back AR $0.80 per kilogram of recyclables.

Those at the INTI and UBA Faculty have designed a new prototype for a cart that would be a bit easier on the cartoneros. Lightweight, collapsible and stackable, the new carts definitely have a leg up on the cumbersome older ones.

Fabián Carrizo, coordinator for the Management of Technological Assistance by Social Demand, has been acting as a liaison between INTI UBA, and the cartoneros. He stated that they are “looking to implement a new system: each cartonero will have [a predefined work perimeter] of eight sidewalks and will be paid AR $3,000 per month. But they cannot use the [old] carts, in order to avoid impeding foot and auto traffic.”

Carrizo is hopeful that the cart “will change the cartoneros’ reality, and they’ll benefit from aesthetic improvement and greater efficiency in their work materials.

According to Carrizo, each cart costs AR $20,000 to build and they hope to create between 300 and 500 carts for use in the City of Buenos Aires.

“With the introduction of the new cart, cartoneros will become employees who provide a [more official] service.”

A representative for Cooperative Dawn seemed pleased, telling La Nacion that “[the cart] received great feedback from peers; it gets the job done faster and doesn’t break the bank.”

Manuel Matéu, an engineer, explained that the professionalization of cartoneros’ work material will go a long way towards “changing the way we do street work today, making work easier for the cartoneros and allowing them to be more accepted by their neighborhoods.”

The Capital’s government will be evaluating the prototype and subsidy plan today. At press time, no decisions had yet been made.

Cartoneros typically come from poorer sectors of the City, frequently from villas. Following the 2001 financial crisis, their numbers rose significantly as people searched for ways to earn a living. Since their work status is generally informal, measures such as this one could make their positions more stable and official, paving the way for the compensation and benefits that accompany official jobs. 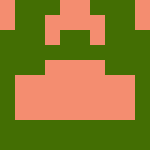