Carousel Installation Takes Presidents Past And Present For A Ride

So it turns out Cristina’s popularity is still strong among choripan-chomping children. Hers was the most ridden of the replicas aboard a satirical carousel art project that parodies Argentine presidents from Perón to Macri.

Artists Emiliano Pool Paolini and Marianela Perelli set up the controversial carousel in December in San Telmo to coincide with the inauguration of President Mauricio Macri on December 8th. The exhibition is on (by appointment) in the Espacio Bamboo, Perú 450, until the beginning of February.

Among the carousel’s caricatures are Carlos Menem strapped to a rocket, Cristina Fernández de Kirchner as an Aerolíneas Argentinas air stewardess serving choripan and Mauricio Macri with only one foot on the carousel.

Fernando de la Rúa stands on the railings of the helicopter that saved him from riots engulfing the Casa Rosada and Leopoldo Galtieri leads the Military Junta into battle from a tank.

Emiliano explained, “We thought that we had to respond to what has been happening in this country. The artwork is both anti-everything and an anti-nothing. We think Macri, Scioli and all of them are equally corrupt.”

Marianela was less harsh: “There are good and bad things about all Presidents. We work a lot with satire and humor, so look at Menem – he was the brother of Clinton in the United States.”

True to form, Carlos Menem – who ruled Argentina during the 1990s – sports a pair of red-and-white striped Nike sneakers to show his strong allegiance with the US.

Meanwhile, Macri is just about clinging on to the presidential merry-go-round.

The poor fella famously had to fight to get his hands on the official baton and is now struggling to find space on this cramped reminder of Argentina’s complicated democratic history. Emiliano opined: “The Peronists will never truly let him or anyone else in. They will keep trying to get back in and not allow the government to do well. They will make them do badly.”

Speaking of Peronists, Néstor Kirchner sprouts angel wings that mark his death during Cristina’s presidency. He seems to fly happily above his widow, whose nationalization of formerly privatized Aerolíneas Argentina is portrayed with her air stewardess costume and airplane vehicle.

But why are the Kirchners covered in a bunch of sausages? “Like a good Peronist, Cristina is delivering choripan to the people,” explained Emiliano.

The artists laid out choripan on the left-hand-side of the gallery and sushi on the right, matching their political cognates. The former is a staple diet among the working classes, while the Japanese delicacy represents affluent folk more likely to vote for Macri.

So an entire nation’s presidential elections may well come down to how hungry the general population feels on voting day. In an echo of this year’s tight election race, both were equally popular at the gallery.

But Cristina stole the show on the carousel. Kids and adults lined up around the block to have a go on the former President. “Cristina was the most popular. I think it’s because of the nostalgia – she just left. It’s like her goodbye party,” said Marianela.

So what do the satirists really think of the Argentine political system? “It’s like a football stadium,” said Marianela. “We venerate these people like the English love their queen.”

“One comes in and is like ooh ooh meh [indicating negative tones] and then another comes and it’s all eeh eeh yeah [positive vibes]. And we dance. We go from the anger of Cristina to the stupidity of Macri. The carousel represents the cycle of Argentine politics.” 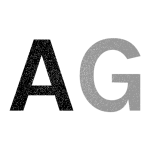