Buenos Aires Will Become Atlantis At This Rate Of Climate Change

Nearly the entire coastal and southern portions of the City of Buenos Aires could be completely underwater by 2100 if greenhouse gas emissions continue at their current rate, according to a report and interactive map published by Climate Central.

If we continue to see a predicted global temperature rise of 4°C (and corresponding sea level rise), between 470 to 760 million people living along the world’s coastlines would lose their homes. That’s approximately 2.4 million Porteños (or 19 percent of the city’s population). The worst-affected neighborhoods would be Belgrano, Núñez, Recoleta, Retiro and Puerto Madero.

If emissions are drastically reduced in the coming years and the global temperature only increases by 2°C by 2100, sea levels would rise by approximately 60 centimeters, still affecting approximately 130 million people worldwide. In this possible best-case scenario, large parts of Buenos Aires will be completely inundated, including most of Puerto Madero and La Boca, the Retiro Bus Station and el Monumental. Sorry for your loss, River fans.

Onto the worst case scenario: carbon emissions continue at their current rate, the global temperature increases by 4° C, sea levels rise on average 8.9 meters, and nearly one sixth of the city will either have to move inland or grow gills and adapt to living underwater.

According to the report, climate change is irreversible, but measures can be taken to prevent extreme flooding from occurring by limiting the amount of anthropogenic (human-caused) greenhouse gas emissions. According to the World Meteorological Organization, the concentration of greenhouse gases in the atmosphere hit a record high in 2014. Currently, 60 percent of methane emissions and 40 percent of nitrous oxide emissions are anthropogenic and are mostly caused by large-scale farming, the burning of fossil fuels and industrial activity.

Hopefully the timing of this report — just three weeks before the 2015 United Nations Climate Change Conference in Paris — will encourage world leaders to take the necessary precautions to prevent Buenos Aires and other coastal cities from going the way of the Lost City of Atlantis. Luckily, Buenos Aires is already a member of the Compact of Mayors, a coalition of city leaders throughout the world that have pledged to reduce greenhouse gas emissions and prepare for the irreversible impacts of climate change. 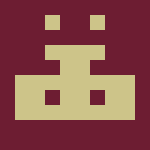