But don’t let the simplicity fool you as there’s a lot more to these creations than you’d think.

According to GG, the original idea of painting cardboard was almost by mistake, after himself and NN had been messing around in their studio with spray cans and card left over from old boxes. They ended up entering a few of their “masterpieces” in a local art sale and after they were sold instantly they knew they were onto something big. It was from this light bulb moment (plus lots of persuasion from the gallery to exhibit some work) that Cartón Pintado was born.

In addition to its literal meaning, GG says that “in Spanish, the phrase Cartón Pintado is used when something is ‘fake’. It also refers to the scenery used on a stage, where everything looks real from the front but in fact, it is fake.”

He goes on to explain that “the name was perfect for us as a concept, especially when looking at everything that is happening right now with street art going to galleries – this is almost ‘Cartón Pintado’, for when you put a show in a gallery you’re no longer a street artist. It is ‘art’ done by a ‘street artist’.”

The paintings themselves, a 1950s cartoon-style, quite overtly draw on the hypocrisy of society and it’s quite impressive to see that some of the details aren’t even painted but drawn out of the cardboard itself.

The irony, dig at society and boldness that has gone into this exhibition is definitely worth a look.

The final showing is at Hollywood in Cambodia this weekend so move fast if you wanna check it out. 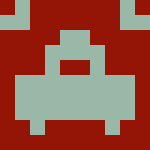