Great news, everyone! And by great I mean horrible.

As a tourist, should you wish to spend the night in Buenos Aires, or visit the country then an extra fee will soon be added to your hotel bill. Buenos Aires City Council has passed a new bill which demands a new contribution to be paid by every tourist who stays in the city.

Beginning on March 1st., each tourist visiting Buenos Aires aged 12 or above will have to pay an additional dollar tax per night, depending on the hotel category.

For example, a guest who stays four nights at a five star hotel within the City of Buenos Aires will pay a total of US$ 6. Considering the average rates, this values represent less than 1% of the total amount to be paid.

This new fee has been passed in order to finance the “non-governmental public company, called Visit Buenos Aires, that will be responsible for international promotion of the city of Buenos Aires”.

One of their goals is to “achieve an orderly and sustainable growth of tourism flow to enhance economic development, employment generation and investment in the city”

Who will pay the new fee and how?

It is a sliding scale that starts at 50 cents for 3-star hotels or less, 1 dollar for a 4-star hotel and US$ 1.5 for 5-star hotels. Airbnb apartments have a fixed rate of US$ 0,75. For apartment-hotels it will be US$ 0.50 while in Boutique Hotels the fee jumps to 1 dollar. Temporary rentals must pày US $ 0,75 per night. And whoever sails in by boat or on a cruise ship will have to pay the tourist fee of one dollar per night.

In other words, all that money will go to the areas in charge of promoting tourism. With an estimate 3 million annual visitors to the city, who stay at least 3 nights, at an average of 1 dollar a night, Visit Buenos Aires expects to raise close $ 10 million dollars a year. 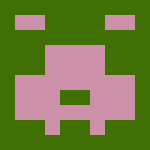 The situation in the Buenos Aires metro area, home to 40 percent of the country’s population, is showing signs that it might be starting to get out of control.