The Bubble’s Guide to Halloween in Buenos Aires

This Friday is one of my favorite holidays: Halloween. A night of debauchery, costumes, and candy…what could be better? Halloween hasn’t been widely celebrated in Buenos until relatively recently, but it is becoming quite popular (duh, it’s awesome). There are events starting on Thursday (30/10) and run for the next week or so. So assemble a costume and get ready to party.

Ok now that you have the necessary Halloween vocab, let´s move on to the fun stuff.

Club 69 is putting a spooky twist on their usual Thursday night drag show. They are throwing a Halloween themed show, where you can expect crazy outfits, Halloween remixes and a great time.

The next installment of Boiler Room BA takes place on Thursday. Just like the previous Boiler Room, this one is invite only, but you can still jam to the music. Some holiday appropriate additions are wearing a costume and dancing in your room, throwing your own Halloween party and using this a sound track, or eating a bunch of candy and drinking heavily in your apartment. All count as Halloween festivities in my book.

Magdalena´s is throwing a costume mandatory Halloween party. There will be a costume contest in which the winner wins a bottle of Jameson. How strong is your costume game? Get creative and head down to win some free booze.

Coming today (and tomorrow and Saturday) to a theater (hopefully) near you is the 1978 classic Halloween, you know, the one with Jamie Lee Curtis. Several theaters across the country are rescreening the movie this weekend and it will be played late at night, which makes it even scarier. So muster up some courage and go see this classic as it is meant to be seen, large and in charge. Here is a list of theaters playing the movie.

This is Buenos Aires’ Horror Film Festival! It lasts a bit over a week and features all sorts of horror, sci-fi, terror and bizarre movies. There are free charlas about the films and the horror genre in general. You can only watch Hocus Pocus so many times, so introduce some new movies in to you Halloween repertoire. Break out the popcorn and get ready for some scary entertainment. For more info and schedules check out their website.

This club is brand new, it opened last week and seems like it is going to be a cool addition to Buenos Aires Nightlife. They are throwing a big Halloween bash on Friday. If you need more of a reason to go party, the club is working with the Rotary Club of Belgrano and part of the proceeds go to pay for polio vaccines for children worldwide. So go out, dress up, get scary and help fund an important cause. It’s a win, win, win situation.

This pub crawl promises a crazy night. You start your night at Rabbit Club (scalabrini ortiz 1648) at 9:30pm for pre-registration and the actual event starts at 10pm. From Rabbit Club the group travels to several different bars and ends at a boliche. Costumes are greatly encouraged and if you´re looking for a wild night filled with wasted expats and porteños this might be your best bet. There is only room for 800 (!) people so you need to rsvp by sending them a message on facebook. It costs $130 pesos and bring some sort of ID.

Some of the perks include:

Sugar bar is throwing their annual Halloween party, costumes mandatory with prizes for the winner. They have happy hour until midnight and what you do while you´re in costume doesn’t count…right?

The zombie walk is a huge event, which as you probably guessed, is a parade in which people dress up like zombies. Every day when you’re trudging through centro on your way to work you feel like a zombie and now you can dress like one too. There will be live music and amazing people watching. It is time to channel your inner Walking Dead and don your best zombie gear, plus after a whole weekend of drinking you may not even need that much make-up.

After all the Halloween parties you might feel like you need some culture, and the Museo de Arte Hispanoamericano Isaac Fernandez Blanco is here to help. Starting on Sunday they will have an exhibit that features the information about Dia de los Muertos (Day of the Dead), Mexico´s celebration that honors the dead.

There. Now you have no excuse. 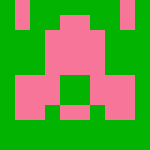