Remember how on 16 June 2014 the Supreme Court of the United States (SCOTUS) ruled that Argentina must obey the now-famous Griesa´s ruling and pay the “vulture funds,” leading to our current state of default? That day SCOTUS also ruled that NML Capital, the hedge fund and lead plaintiff in the court proceedings between Argentine bondholders and the Republic of Argentina, had the right to “discovery”. In this case, discovery means the legal ability to investigate, possess, and indeed potentially commandeer Argentine assets abroad.

That was a maritime pun referring to NML´s temporary detainment in 2012 of the ARA Libertad in a Ghanaian port. Are they vulture funds or pirate funds? Wake up.

On Monday, Nevada District Judge Cam Ferenbach ruled that Argentine businessman Lázaro Báez, who allegedly had ties to Néstor Kirchner, the late husband of current president, misappropriated Argentine-state funds by means of a collection of 123 Nevada businesses and shell companies.

Now that these misappropriated assets have been legally designated Argentine-state funds, NML has the ability to seize them as a means of recovering the debt that Argentina is obligated to pay under US law.

The assets are thought to be valued at approximately US $65 million. Baez´s spokesman claims that the businesses in question and their assets are not Argentine-state funds; they in fact belong to a Patagonian businessman who was also friends with Kirchner.

Nonetheless, the investigation remains incomplete. A follow up hearing is set for 12 September 2014, at which point the Nevada courts will decide whether or not the assets are fair play for NML.

Regardless of Baez´s guilt or who actually owned these assets, I can´t help but think, why Nevada? Why couldn´t the alleged launderer choose Montana or Idaho to hide his dirty clothes? Has he not seen the movie 21? You don´t fuck with Nevada. Regardless of the legality, the house always wins. 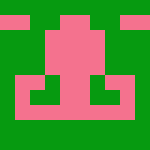