Brazil vs Argentina: Much More Than Neymar vs Messi

Argentina faces off with its bitter rivals Brazil tonight in a bit to revitalize its dreary World Cup qualifying campaign. Barcelona teammates Lionel Messi and Neymar Jr. will be the two players under the spotlight, but this is much more than a battle between two of football’s biggest superstars, with much at stake for both teams.

Sitting in sixth position in the regional qualifying group, having been leapfrogged by Chile following FIFA’s sanction against Bolivia for the ineligible fielding of Nelson Cabrera, Argentina is currently outside of the qualifying positions and in dire need of three points to get the faltering campaign back on track. And as if that wasn’t enough motivation for Edgardo Bauza’s team, it’s been 18 years since Argentina recorded a victory against its greatest rivals on Brazilian soil.

Putting an end to that bad run and defeating the team sitting on top of the qualifying table would do much for than lift Argentina into the qualifying positions. It would also go a long way to restoring the nation’s belief of the team.

While Brazil is currently cruising through qualifiers, the team will be just as eager to come away with a victory, which would go someway to erasing the hurt from their last fixture at the venue. Tonight will be Brazil’s first return to the Estádio Mineirão since the 7-1 drubbing in the Semi-Finals of the 2014 World Cup at the hands of eventual winners, Germany. That night will forever remain a traumatic and indelible stain on Brazilian football, but with a win against Argentina, the demons of 2014 would loom somewhat less menacingly. With the prospect of redemption on the cards for both nations, the latest iteration of this classic tie promises to be fiercer than ever.

Both coaches have already announced the starting lineups for the game.

What will be the key challenges for Argentina to win?

While Neymar is undoubtedly the talisman of this Brazilian side, in Phillipe Coutinho Brazil have perhaps the best player in the English Premier League on the other wing. The pair will both look to drift infield and occupy more of a number 10 position, leaving space for the attacking minded fullbacks to overlap. If Argentina have a chance to stop the rampant goal-scoring of Brazil, the team need a game-plan to deal with the fluid positioning of each flank of the Brazilian attack.

Bauza’s inclusion of Enzo Pérez, then, becomes somewhat less surprising. The midfielder is usually deployed by Spanish side Valencia is a more central, more defensive role. Ángel di María will also have his fair share of work to help stop the attacking threat of former Barca man Dani Alves. And when Neymar and Coutinho drift into that number 10 role, Javier Mascherano and Lucas Biglia will be key in ensuring that the duo do not have the luxury of time on the ball. If either one is afforded space around the Argentine box, don’t expect a positive result from Belo Horizonte.

A tale of two number nines: Higuaín and Gabriel Jesus

Looking past the Messi-Neymar duel, the game tonight will showcase two of the most exciting number nines in world football. Gonzalo Higuaín is a proven goalscorer and his record is recent years is more or less unparalleled. And in Gabriel Jesus, Brazil possess the most exciting young striker on the planet at the moment. Both strikers will take to the field tonight with a point to prove.

Tonight’s game represents the biggest test yet for the young Brazilian who has had a terrific start to international football with 4 goals in his first 4 games. The electrifying pace of the 19-year-old perfectly compliments the wizardry of Brazil’s two play-makers — a frightening proposition for Argentina’s backline.

Goals have been scarce for Argentina in recent fixtures in the absence of the irreplaceable Messi and with the embarrassment of riches that Bauza has going forward, that simply shouldn’t be the case. Brazil will be do everything in its power to limit Messi’s influence on the game and it will be up to Higuaín to offer him the support going forward to break down the Brazilian defense. On his day, “El Pipa” is completely unplayable. Let’s hope today is his day.

You can’t forget the little man. The world’s best player, the record goalscorer, the captain — Messi’s importance to the national team is impossible to overstate. Argentina’s recent record is evidence of that: with Messi, the team has picked up 9 points in 3 games; without him, just 7 in 7. That’s a startling difference that Bauza will have to amend in the future. But for now, Leo is back and raring to go.

Fernandinho is likely to be given the terrifying task of tracking Messi for the third time in the past month. Over those two previous clashes (between Barcelona and Manchester City), Messi scored a combined total of four goals. And Fernandinho won’t have forgotten that.

“Brazil is afraid of Messi”

And it has every reason to be afraid. Given Messi’s recent record in qualifying for Argentina and his form for Barcelona, there isn’t a defensive line on earth that wouldn’t be shaking in its boots with the prospect of containing the Argentine maestro.

A taster for tonight’s action, we hope 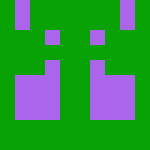